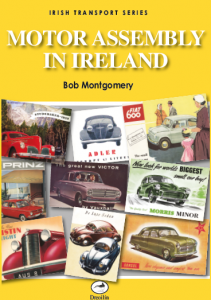 Motor Assembly in Ireland came into being in 1934 when tax concessions were granted to companies assembling cars with a high percentage of locally manufactured parts such as tyres, batteries, glass, paint, spark plugs, upholstery and springs. As such the assembly industry that continued until the last cars were produced in 1984 after our accession to the EC, was a vital, and often under appreciated, stage in the transition of the Republic of Ireland from a farming to and industrial economy.

This is the story of the fifty plus makes assembled.