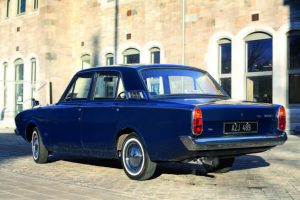 Its underpinnings might have been the standard Ford fare of the sixties, but the Corsair’s dramatic and unorthodox styling helped this big saloon stand out in the executive class, and it remains just as distinctive today. This 1966 V4-engined example is an original Cork-built, Dublin-registered car that has survived in highly original condition. 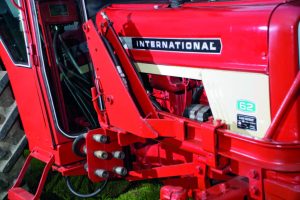 It might no longer exist as an entity in its own right, but International Harvester was one of the most famous and influential brands in the history of mechanised agriculture. Well liked and considered modern in their day, the International 475 of the 1970s is a true classic today, and this one’s been recently restored to its former glory. 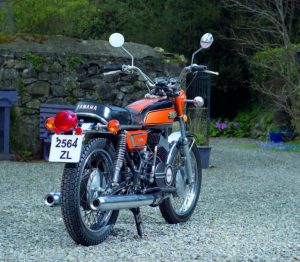 A well-known figure in the Irish Veteran & Vintage Car Club for many years, Tom Farrell’s interests also encompass machines of the two-wheeled variety. Fond memories of the two-stroke Yamahas he rode in his youth have led to the preservation of this amazingly original 1978 R5, which aside from some recent engine work has never been restored. Here, Tom recounts the back-story of this amazing motorcycle. 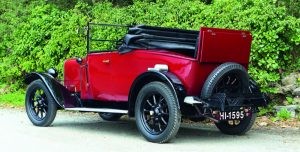 The motor cars produced by Herbert Austin at the start of his automotive career were acclaimed for their quality and longevity, two traits that Sean Carolan’s 1927 special-bodied 12/4 clearly exemplifies. An Irish car from new, it has survived many owners over almost a century, and thanks to a twelve-year restoration it’s motoring as well as ever. 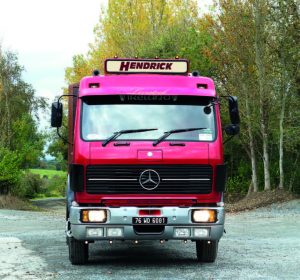 Although a rare sight nowadays, there was a time in the seventies and eighties when Mercedes’ range of NG (New Generation) trucks were to be found on every main road in the country. Indeed, thanks to their tough build quality, many of them are probably still going in a different part of the world, after being exported at the end of their working lives here. This stunning ex-Italian 1976 1632 features the legendary OM403 V10 engine and is now living a life of leisure here in Ireland.