It might be a stealthy matt black, but there’s little hope of this amazing Pro-Street ’69 Camaro moving around unnoticed! You don’t see many full-on, drag-style cars on the road in Europe, and in fact this Camaro is the only one we know of in Ireland. Andrew Pollock finds out more.

The VW Golf Mk1 has long been praised as being a nifty little handler, but add a supercharged 2.8-litre VR6 to the recipe and you’re into an entirely different league of performance. Darren Deasy’s DubShed-winning manages to pack performance and looks into one package, as Andrew Pollock tells us.

The Opel Manta has long been a cult car with a strong following. This month Carl Czanik takes a look at Gerry Doyle’s distinctive Manta A, which has had a few tasty modifications since it first saw the light of day in 1974, including a scorching throttle-bodied red-top from a late model Calibra.

At the Friday evening preparations for this year’s Killarney Rally of the Lakes, Retro Classics tagged along with the folks from Slowly Sideways Ireland, who have been delighting fans for the last few years by bringing the sights and sounds of the Group B, 2 and 4 cars of the past to life on the stages once more.

Few cars have a wider range of modifications available than the humble Volkswagen Beetle. This California-inspired GP buggy now lives in Co. Antrim, fifty years after the donor car was built, and over 25 years since the buggy was built in England. Stephen McEvoy visited the owner, Paddy Convery, to find out more.

Go With the ‘Flow 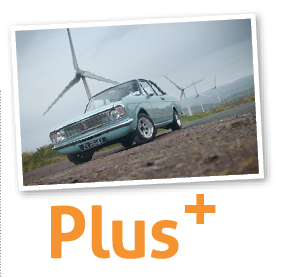 What’s new in the retro classic scene in Ireland and beyond.

What’s being built in the small garages and workshops of the island of Ireland.