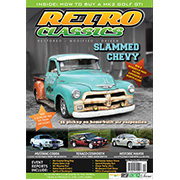 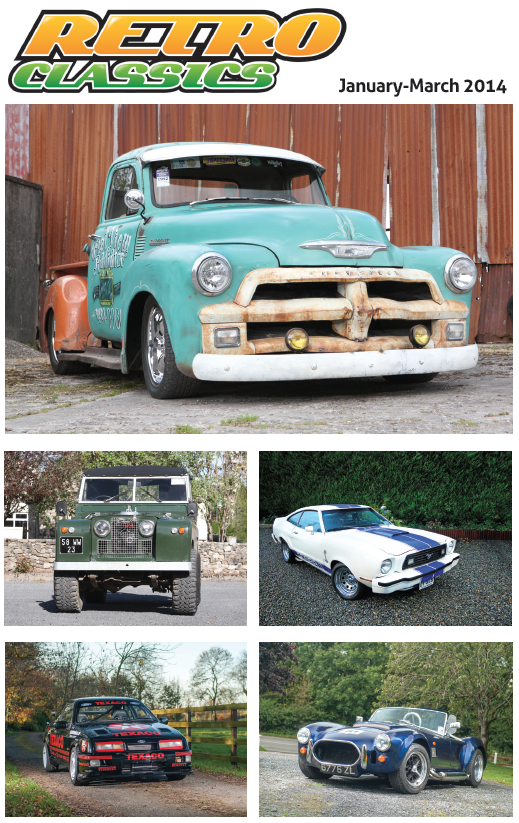 When this Chevy pickup was built in 1955 it was intended solely as a simple workhorse. Now, almost sixty years later, it’s fi rmly an object of desire, with a high-performance engine and a fl oor-scraping stance that can generate a crowd of onlookers wherever it goes.

Over the years Land Rovers have been modifi ed to carry out all kinds of duties, from launching boats to crossing deserts. However, the Series II we feature this month has been built with fun fi rmly in mind, with a V8 engine, fat wheels and lots more.

The poor Mustang II is certainly the most maligned of its breed by Mustang enthusiasts, with most examples being sold with asthmatic four and six-cylinder engines. However, when you come across a really good one like Daniel O’Gorman’s V8 Cobra II, then the model starts to look a whole lot more appealing.

Martin Finnerty has owned and rallied many classic Fords down through the years. However, like most rallying fans, he had long harboured a desire for a legendary Opel Manta 400, and his most recentlycompleted project fulfi lled that dream.

Many afi cionados reckon that the eighties were the heyday of touring car racing, with big turbos and wild spoilers all part of the show. Some of the most iconic were the Texaco-sponsored Sierra RS500s of Eggenberger Motorsport; John Murphy certainly agrees, as his Cosworth-powered track/drift car attests.

For those performance car enthusiasts that are handy with the spanners, a kit car makes a whole lot of sense, with kits ranging from vintage-style tourers to high-tech supercars. Some of the most popular, however, are those that evoke legendary sports cars of the sixties, such as the stunning AC Cobra replica we feature this issue.

Man With A Van

It’s amazing to see how once humble workhorses become serious collectors’ items in their later lives. In fact, very often the commercial versions of familiar classics are the rarest of all, as most have been driven into the ground. Some are saved from the grave though, like Vincent Forde’s Mk1 Escort.

What’s new in the retro classic scene in Ireland and beyond.

What’s being built in the small garages and workshops of the island of Ireland.

In its 50th anniversary year, we show you how to buy yourself a Hillman Imp.