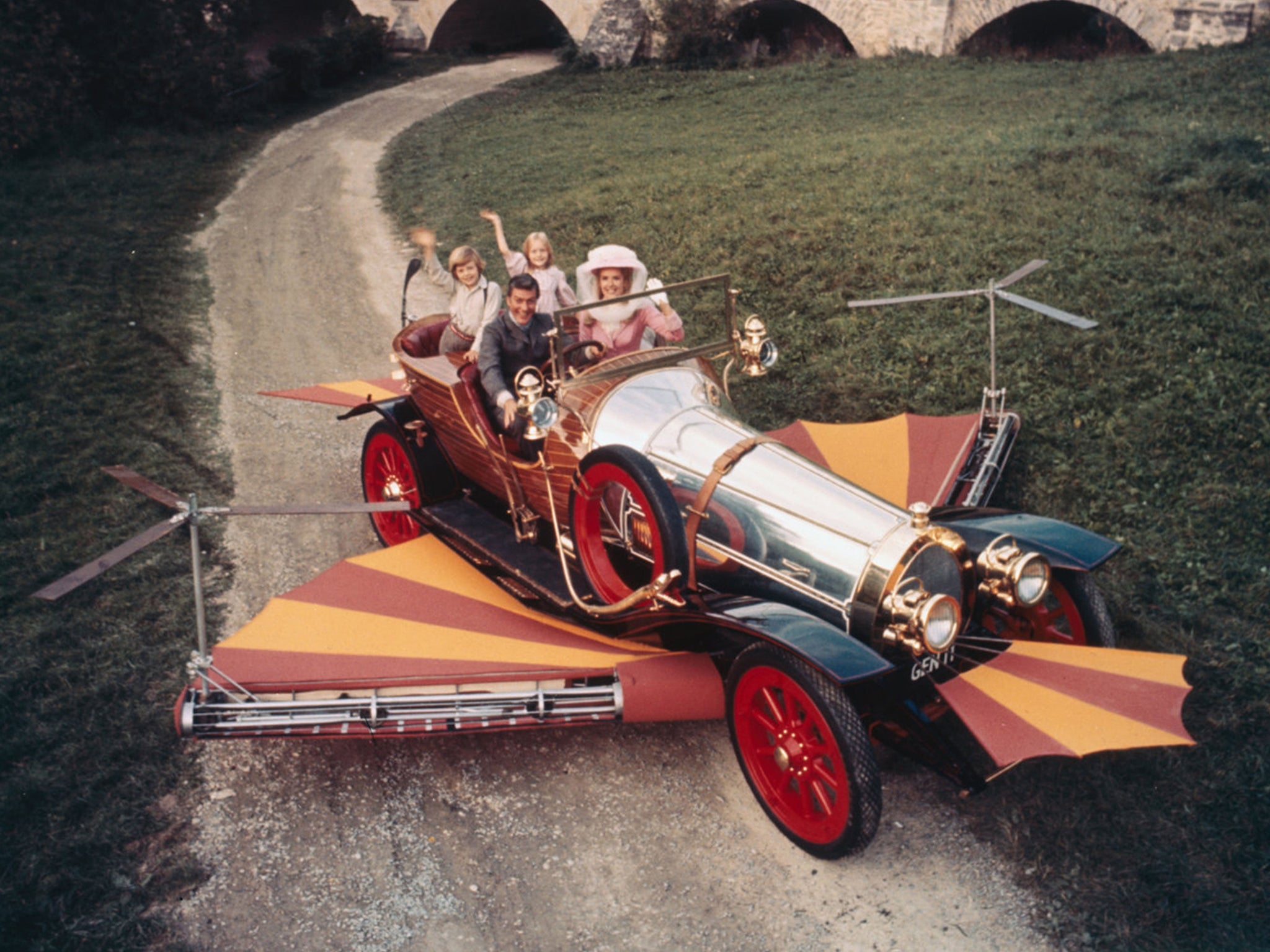 Whether you watch a little television or a lot, you’re sure to get stuck into a few movies over the festive season. So many great movies have iconic cars involved, or feature famous chases or scenes we all love. I personally love nothing more than an older film where you’re car-spotting all the time. Last weekend there was a great Irish movie shown that I hadn’t seen before, called The Greatest; while there were only two cars involved, they were proper classics in the form of a Triumph and a Morris Minor Traveller. Set in West Cork, I highly recommend this movie if you missed it, and it got me to thinking about other cars in movies, and what ones were the most famous. While we all know Back to the Future, and there is an Irish connection there as the short-lived Delorean was built in Northern Ireland. And what about the Aston Martin DB5 in Goldfinger, and of course the swimming Lotus that starred in another James Bond movie, The Spy Who Loved Me. 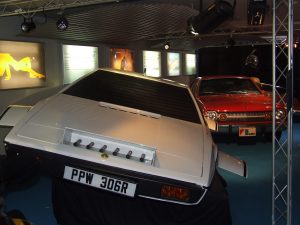 The swimming Lotus from The Spy Who Loved Me formed part of the 007 display at the UK’s National Motor Museum in Beaulieu a few years ago.

The Ford Mustang is an iconic model, and the green fastback in the hands of Steve McQueen in Bullitt still holds the title of the best car chase, as far as I’m concerned. A Mustang also stars in the more recent John Wick film series. Ferris Bueller had all young men drooling in the eighties in his Ferrari 250GT, but I later found out the car shown wasn’t the real thing – probably a good thing given what ends up happening to it in the movie…! The Fast & Furious series have some great cars t watch, and that’s not to forget the Starsky & Hutch Ford Gran Torino, the Trans Am in Smokey and the Bandit, the list goes on. 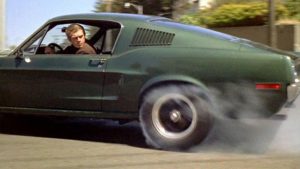 The Mustang driven by Steve McQueen in Bullitt made history when it sold for $3.4million in January 2020.

However, for me the Chitty Chitty Bang Bang car tops the list. This mystical car was like nothing seen before or since, and was capable for some amazing feats on the silver screen. The movie originated from a number of stories written by Ian Fleming of James Bond fame, in which he called it ‘The Magical Car’; he later combined all the stories to publish a novel called Chitty Chitty Bang Bang, and the musical fantasy film followed in 1968, where the car came to life. In fact, six cars were built for the film, one of which was a fully-functional road-going car that received the genuine British registration GEN 11. 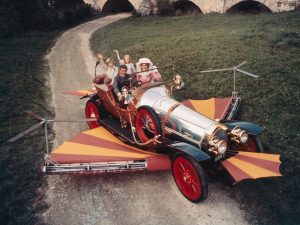 One of six cars built for the movie Chitty Chitty Bang Bang, this is the original, fully road-going version that was actually road-registered in the UK.

The car was designed by the film’s production designer, Ken Adam, and built in 1967 by a name familiar to many in motorsport, Alan Mann Racing, powered by a three-litre Ford V6 engine. Star of the film, Dick van Dyke was tasked with driving the car on screen and said the enormous machine was, “a little difficult to manouver, with the turning radius of a battleship”. The other cars built were only props in the film, but were later fitted with engines and used to promote the movie around the world. A second, smaller, road-going car was also built, and is now on display in a museum in Florida. 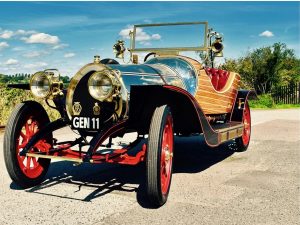 GEN 11 has spent a long life in private ownership, and now resides in New Zealand.

GEN 11 went into private ownership in the early 1970s and the owner, a Pierre Picton, toured all over England making public appearances with the car. In 2011 it went to auction and sold for £495,415 to a New Zealand film director, where it now resides as GEN 1L. A final road-going version of the original six is also privately owned and on loan for display at the UK’s National Motor Museum in Beaulieu. If you ever go to the autojumble at Beaulieu, be sure to visit the National Motor Museum on site as it’s well worth it. 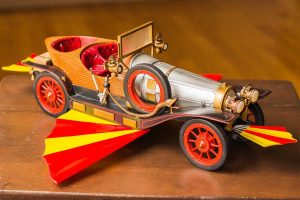 With the original six film cars all accounted for, it was inevitable that replicas would appear, and there are quite a few around the UK, plus some in the USA that are extremely accurate replicas built for the stage production of the original film on Broadway. One car build for the debut of the musical in London in 2002 holds the Guinness World Record for the most expensive stage prop ever built, at £750,000.