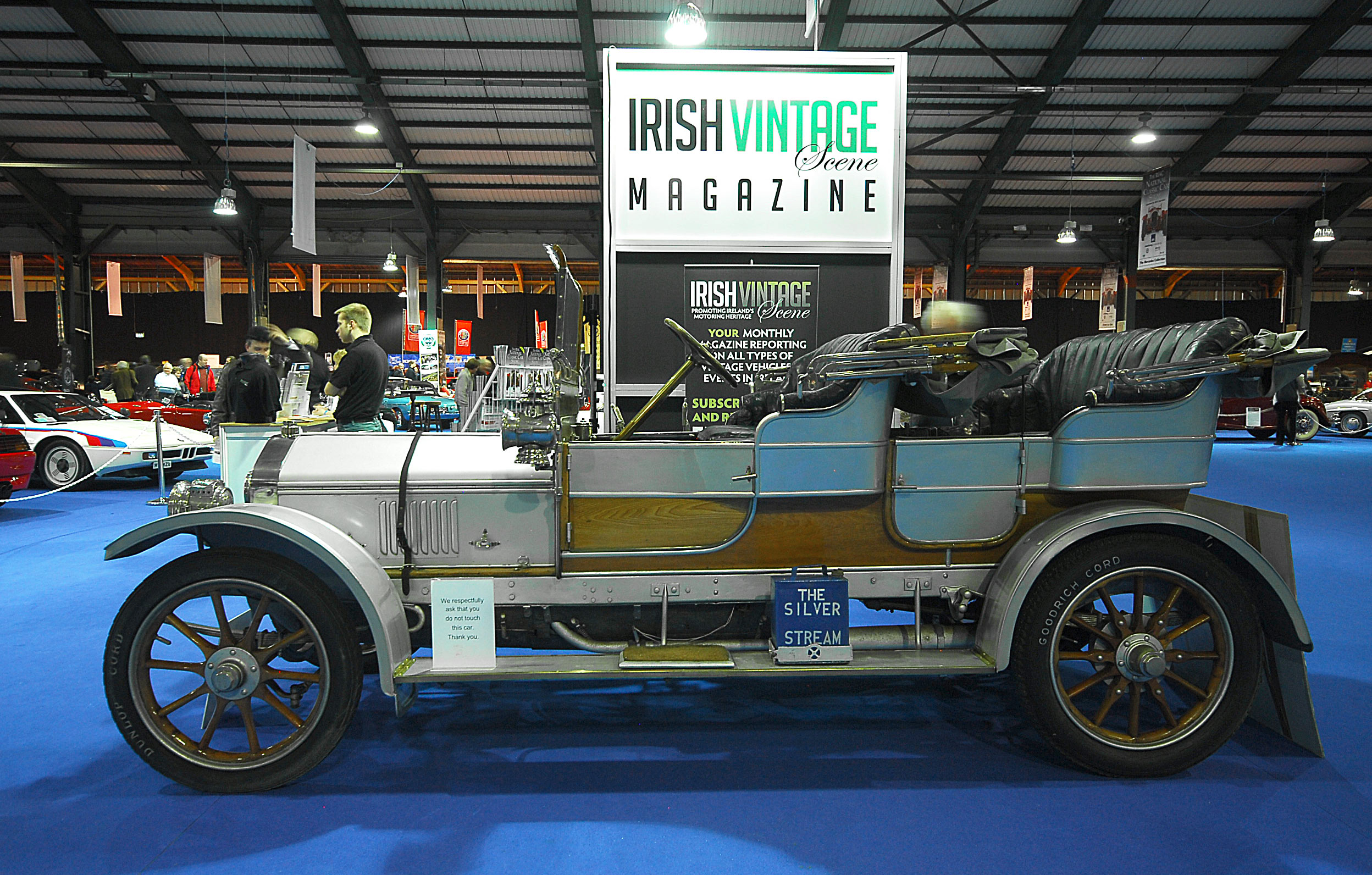 Well it’s hard to believe that it’s been eight years this weekend since the first RIAC National Classic Car Show took place at the RDS Simmonscourt in Dublin. From once this new event was announced in mid-2012 everyone interested or involved in the classic car movement was excited about the fact we would have a national indoor show of our own. For the many who made the annual pilgrimage to the NEC Classic Motorshow in Birmingham, the question of, “should we have a show like this in Ireland” was finally answered.

The RDS is the leading indoor venue in Ireland and hosts some of the country’s largest events, but the demand to attend, display or trade at this show far outstripped the space available, such was the hunger for such an event.

The IVVCC stand was positioned just inside the main entrance, and has some stunning machinery to savour. The 1928 Mercedes-Benz S-Type, 1929 Lancia Dilambda rolling chassis and 1928 Bentley 6.5-litre shown here were just a few of the standouts being exhibited.

From the moment the doors opened early on the morning of Saturday the 9th of February there were queues of people entering the venue, and what welcomed them was simply one of the best displays of vehicles ever seen in Ireland. Added to that was a great trade area that was well supported by many involved in the movement in Ireland. 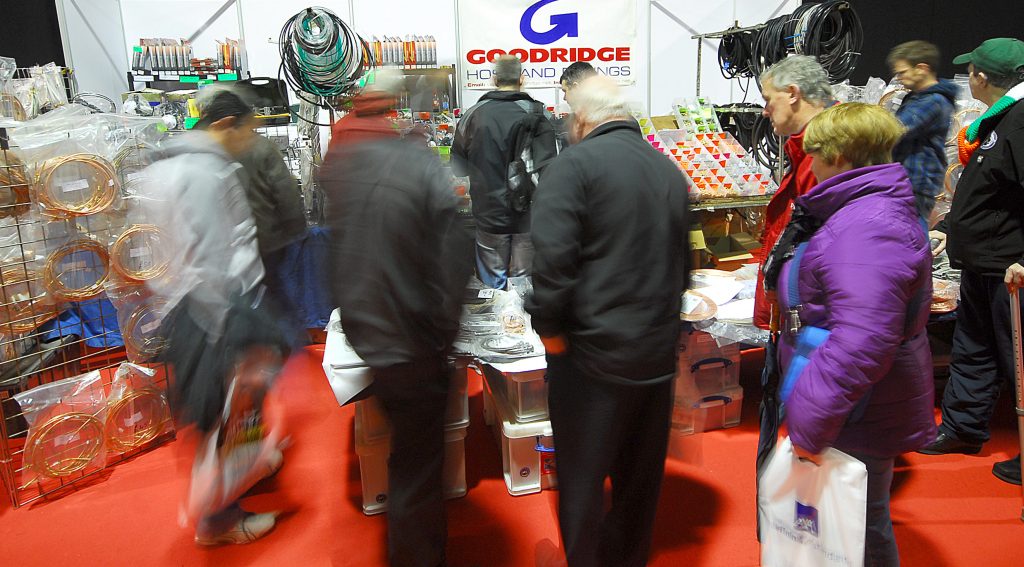 At Irish Vintage Scene we too were all excited when the show weekend finally arrived, as we had partnered with the Royal Irish Automobile Club as media partners, and as well as promoting the show on the run up we also published the exclusive event programme. We also had lined up a super display for our large stand in the centre of the main hall, where we were delighted to exhibit the Silver Stream, a unique Irish-built car created by Phillip Townshend Sommerville-Large in 1907. Alongside the Silver Stream we had an equally rare car and that was the Shamrock, another Irish-built machine. It was a real coup to have these two rarely-seen cars on our stand, and they certainly attracted many a visitor over the weekend. 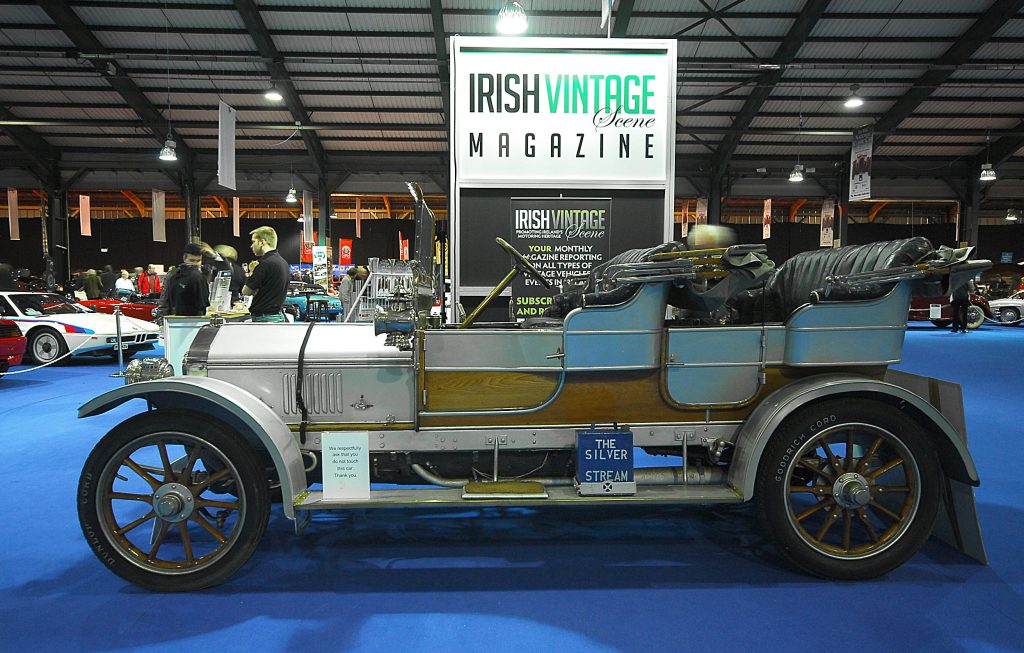 The Silver Stream was the brainchild of a Kildare engineer, and was the prototype for a prospective run of luxury cars in the years approaching 1910. This unique car has survived in remarkably original condition, and before this show had not been seen in public for some time.

Clubs from all over Ireland were given the opportunity to take a stand at the show, and while there was only space for thirty clubs, the demand was much more. The spread of types of clubs and the regions they came from provided an amazing variety of cars on display. Clubs got into the spirit of things, with some dressing in period costume, while others decorated their stand to a theme to suit their club or the marque they were representing. The Irish Veteran & Vintage Car Club were that year celebrating their fiftieth anniversary and laid on a particularly special display. 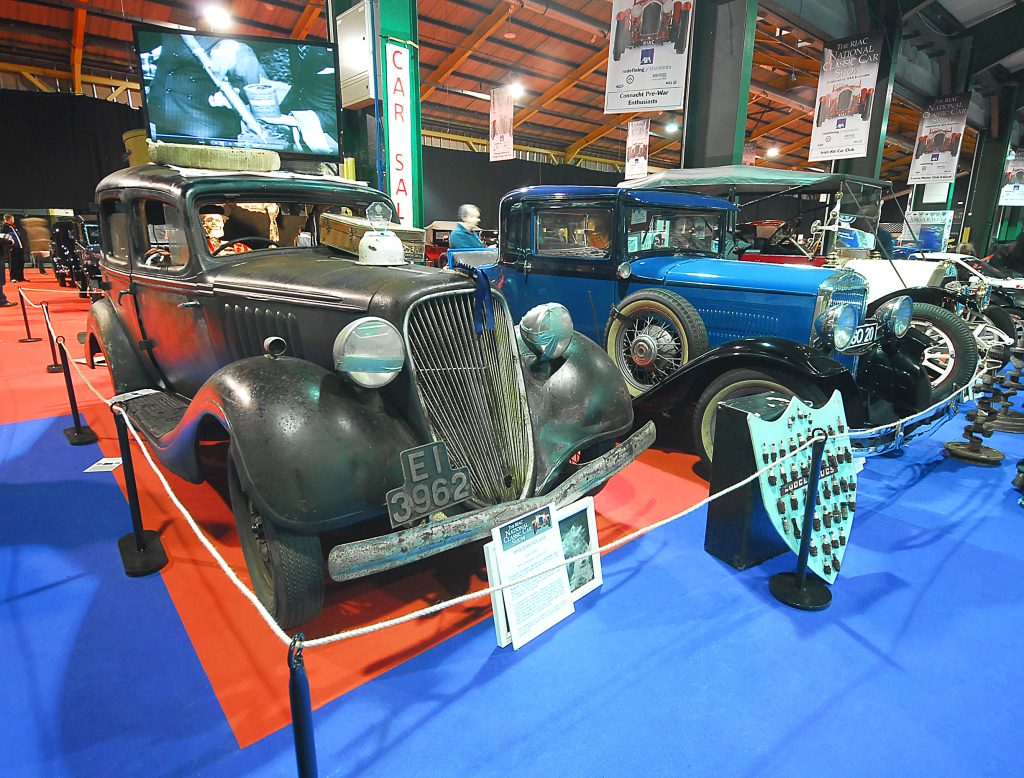 The most talked-about display at the event had to be that of the Connacht Pre-War Enthusiasts, mainly as a result of this 1937 Hudson Terraplane ‘barn-find’ complete with skeletal driver.

While there were so many outstanding cars on display right through the venue, the hosting RIAC had a special display in the centre of the hall with many beautiful cars that summed up what the RIAC is all about. The most talked-about had to be the Hispano-Suiza Alfonso, which was first registered in Dublin in 1913 – the car made headlines in 1916 when the driver was shot during the Easter Rising, when it’s reported that the bullet passed through the driver and hit the steering wheel, which still bears the marks to this day. In 1919 it made headlines again when it was recorded achieving 90mph in North Co. Dublin. The car was found and restored by car enthusiasts in the late 1940s and was eventually sold to Lord Montagu’s British National Motor Museum in Beaulieu, who kindly agreed to allowing the car return to Ireland for the Classic Car Show. 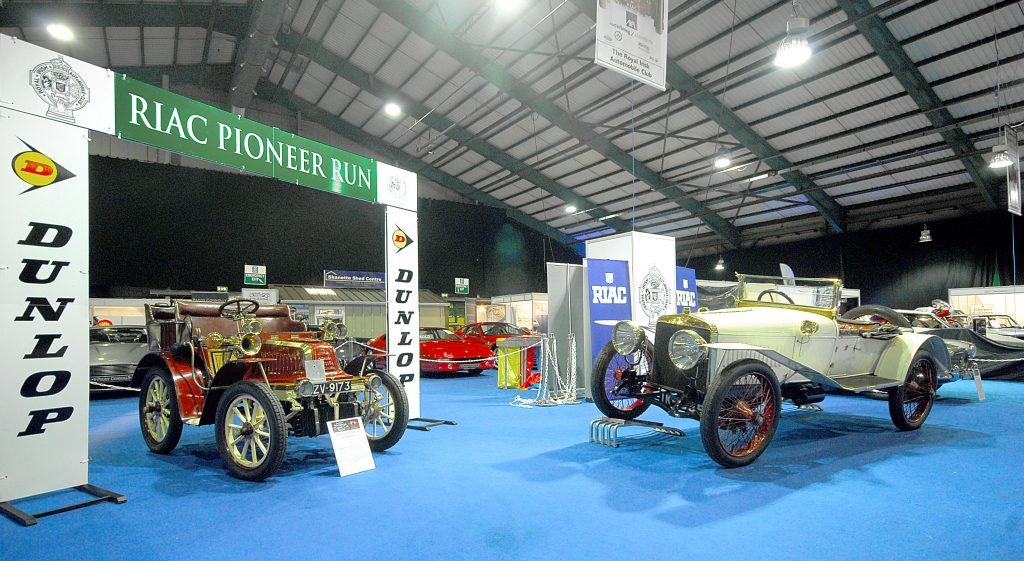 The organising RIAC’s stand was graced by Jonathan Bewley’s 1900 Gladiator (left), a regular entrant on the RIAC Pioneer Run every year, as well as one of the undoubted stars of the show, the Hispano-Suiza Alfonso XIII (right). This extremely rare sports car was first registered in Dublin in 1913, and was unofficially timed at 90mph in North Co. Dublin in 1919.

With an outstanding attendance and mesmerising display, what a weekend we all had at the RDS thanks to an amazing venture by the RIAC, which was supported by AXA Insurance. Everywhere you looked you could see enthusiasts huddled together for a chat, or looking with envy at another amazing exhibit. The show was to lay the foundation stone for three more shows over the following years, but alas the show is now no more. With Covid-19 about, it would never have happened this year anyway, but who knows – someday in the future we might all return to the RDS to promote one of the best hobbies in the world. 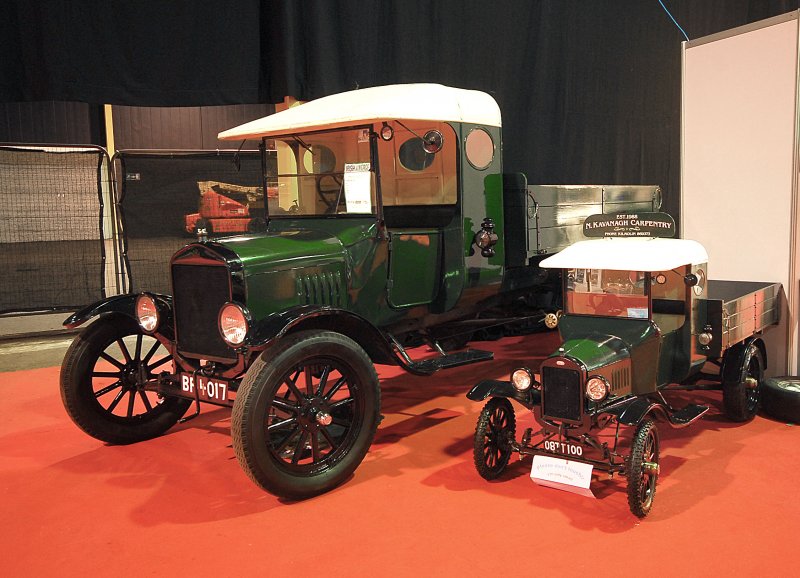