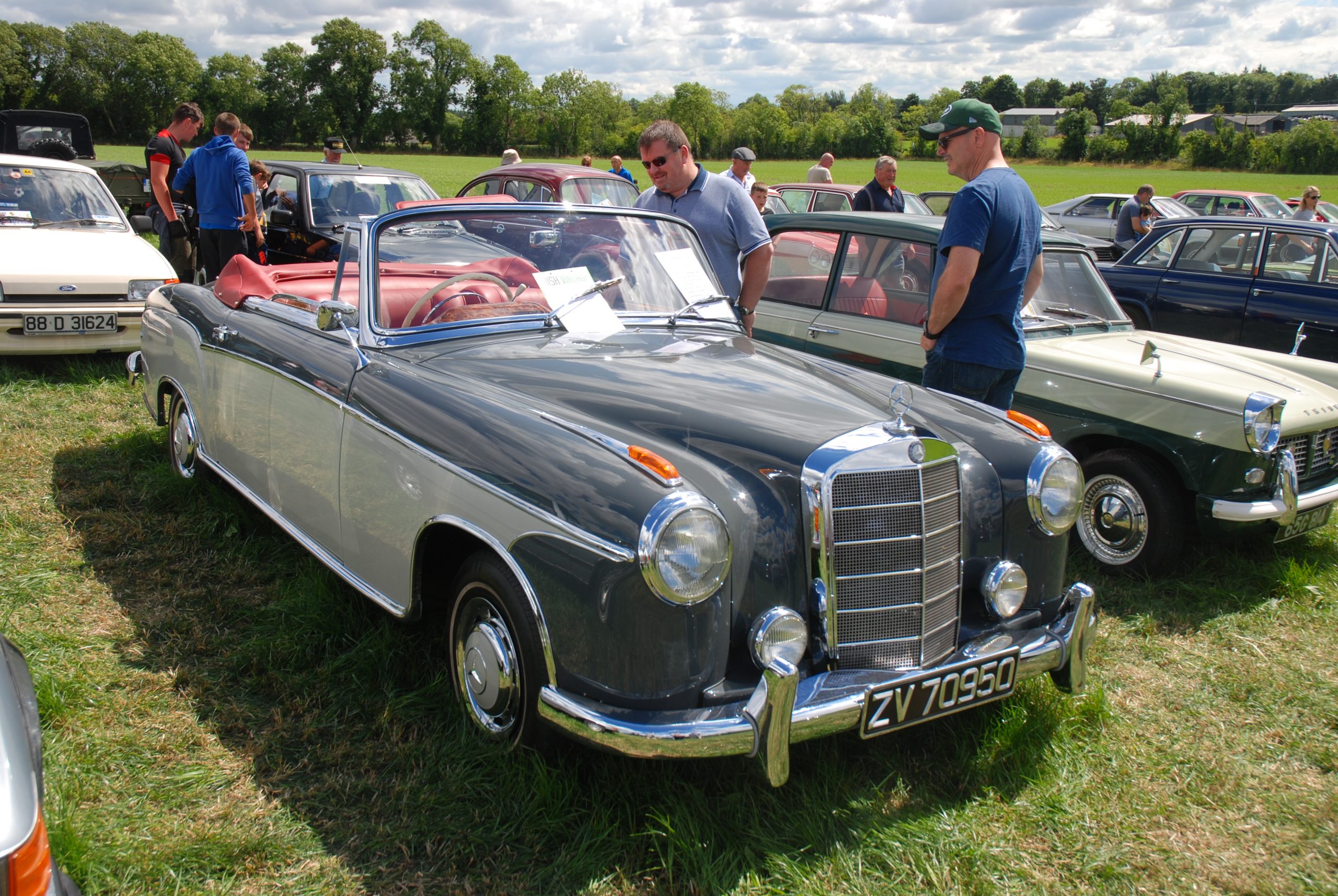 The last weekend in July is usually a great weekend for enthusiasts in the west of Ireland, with two of the country’s leading events taking place in Galway. The first is the Western Veteran & Vintage Motor Club’s West Run, and the second is the Mountbellew Vintage Club’s annual vintage show.

The weekend traditionally kicks off on the Friday evening, when cars that are entered for the WVVMC’s West Run are put on static display in the Spanish Arch area of the city, which usually involves a visit by the mayor. 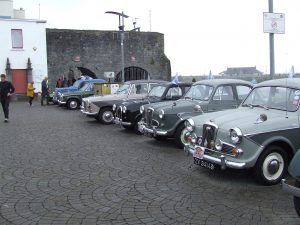 With Galway normally in the height of the Arts Festival, and on the eve of the Galway Races, the city would be buzzing and the crowds in this tourist area really love seeing the cars.  Saturday morning then sees the West Run start off from its base, which in recent years was the Salthill Hotel. A route west to Connemara seems to be the favourite, and sure why not, as the scenery is always breathtaking. 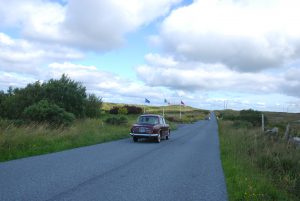 Having partaken in a few West Runs I can confirm that it’s always a great event that’s supported by enthusiasts from all over Ireland. As I write this, one of these comes to mind and that’s Hugh Clarke from Clonmel in Co. Tipperary, who was a regular on the West Run with his wife, Maura. Sadly, Hugh was laid to rest yesterday, the 21st of July. May be rest in peace. 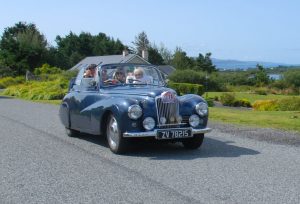 The Saturday night was always a highlight for the West Run weekend as there was a gala dinner and prize-giving, for a great chance for everyone to socialise, often into the early hours.  Sunday was a time to relax and say farewell. While there was no West Run in 2020, the club are marking the date with a small, informal run this weekend.

Out in the north east of the county, all over the weekend preparations for the Mountbellew Vintage Club’s annual rally would be in full swing. This year, 2021 would have been the clubs 22nd annual rally if Covid hadn’t intervened. 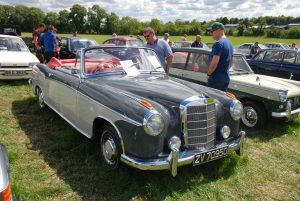 Of the 22 Mountbellew rallies that have taken place, I think I have been at 20 of them, and have fond memories from each and every one of them. Some of the memories might be a little fuzzy due to spending too much time socialising in the town on the Saturday night, but it was fun at the time. One of those was in 2012, when we had a huge steam-engine contingent with not one, but three showman’s engines lighting up the town. 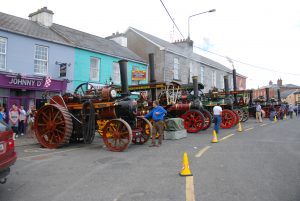 The Mountbellew Vintage Club have put on some amazing shows over the years, and the event has become one of the favourites among vintage enthusiasts far and wide. As well as a superb display of cars, commercials, motorcycles, tractors and machinery, the working field tops it all off. One of my favourite pictures for many a year is one I took in Mountbellew of a binder, a trailed combine and a combine all in action simultaneously.

As well as everything vintage, there would always be a great autojumble and trade stall area, with many a treasure (junk to some) changing hands. The club also always had some great side attractions like tractor-building, a timber-sawing display or tractor-pulling, but in 2019 the addition of lawnmower racing brought many smiles to visitors. 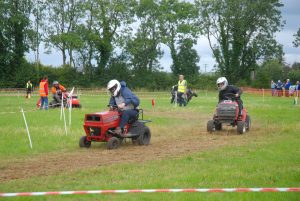 Overall the Mountbellew Vintage Show has it all. Let’s hope the last weekend in July in 2022 brings these two great events back to life in Galway. 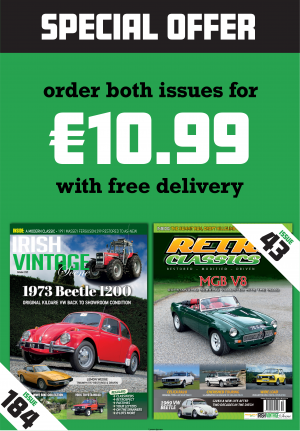