The June 2015 edition of Irish Vintage Scene (Issue 109) is on sale now, and once again the pages are packed with a wide variety of feature vehicles from all around Ireland.

On the cover this month is a British classic that will be familiar to, and most likely fondly remembered by, anyone that grew up in the sixties or seventies – like its sister the Morris Oxford, the Austin Cambridge A60 was an attractive choice for both business users and large families alike, and was known as being a reliable workhorse, as the owner of our featured example can attest. However, his low-mileage and largely unrestored car very much has it working days behind it now. Our second feature car is another classic saloon, one that wears the legendary Wolseley badge but was mooted as a replacement for, and was based heavily upon, the legendary Morris Minor. This is, of course, the Wolseley 1500, and the one we feature this month is as fine a specimen as you could hope to find.

Our main feature tractor this month recounts the restoration of an original Galway David-Brown VAK1c, better known as the Cropmaster, a project that required an engine block replacement thanks to the very cold winter around four years ago. While the Cropmaster would have been a regular sight in this country in its time, our second feature tractor, a fifties Normag NG20, certainly wasn’t, making this restored German rarity all the more fascinating.

Our feature motorcycle this month is on perhaps one of Norton’s less glamorous bikes, a 350cc Model 50 – however, this one’s been fully restored to beautiful condition having lain rusting near the Sligo coastline for decades, and as it’s a 1959 it boasts the desirable “featherbed” frame. And, rounding off our highly varied stories in this issue is a 1972 Ford L9000 truck, an unusual American model powered by a six-cylinder version of the legendary two-stroke Detroit Diesel.

Events-wise we’ve a host of reports this month, including the Durrow Vintage Show, the Newcastle Indoor Classic Car Show and the Spring Classic Car Sale, Show & Autojumble held in Swords, and while we didn’t have space to run the final instalment of our 1928 Essex engine rebuild series we did manage to pack in all of our usual attractions, so you won’t want to miss the June 2015 issue of Irish Vintage Scene; get yours today! 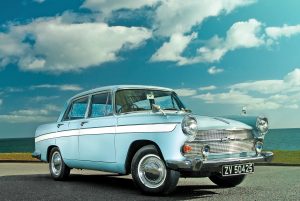 Mention Pininfarina to most motor enthusiasts and their minds will fill with exotic Ferraris and Alfa Romeos, but the famous Italian styling house also had a hand in shaping one of the most fondly-remembered big saloons of fifties and sixties Ireland – the Austin Cambridge A60.

Master of the Crop

David Brown might have been a relative latecomer to the tractor industry, but their tractors quickly gained a deserved reputation for innovation and dependability. This 1953 Cropmaster survived a terminal engine block failure to re-emerge in beautifully-restored condition. 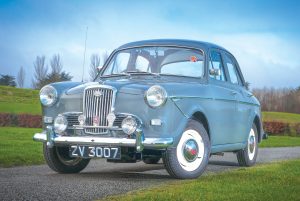 Although closely based on the humble Morris Minor, the Wolseley 1500 and its twin brother the Riley One Point Five is a classic with a character all of its own. Jim Nolan’s stunning example is one of the best you’ll find.

Although they don’t receive the same kind of the adulation that follows their big twins, Norton’s 350cc singles are very attractive and characterful machines in their own right, as this 1959 Model 50 attests. 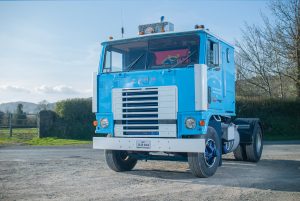 Think two-stroke and what pops into your head? Small-capacity motorbikes? Idiosyncratic East-German cars? Chainsaws? Well, this slab of classic American iron might change your perceptions thanks to its supercharged Detroit Diesel 6-71 two-stroke.