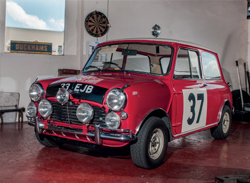 “Although we go to press before the fi nal results of the Monte Carlo Rally are known it seems certain that Paddy Hopkirk and Henry Liddon have won the rally in their works Mini-Cooper S.” This announcement was made at the bottom of page 81 in the February 1964 issue of Motor Sport magazine. By the following month everyone was talking about Paddy, Henry and “33 EJB”. Fifty-five years later, the legend endures. 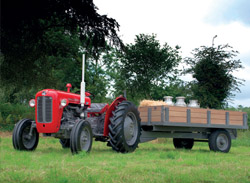 Having a beautifully-restored tractor is one thing, but putting an equally well-done trailer on the back is surely the cherry on top. Galway’s John McGann has been widely noted for his concours-winning tractors over the years, and has recently completed a Ferguson Mk2 tipping trailer for the collection. 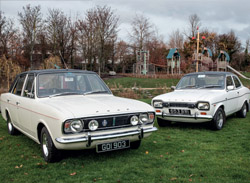 In the sixties and seventies an ‘E’ badge on your Ford saloon marked you out from the crowd, with wood trim, vinyl roof and chrome embellishments fitting of the ‘Executive’ moniker. Today these precursors to the Ghia range are particularly collectable, and Dublin’s Rory Dooley is lucky enough to own two matching Irish examples. 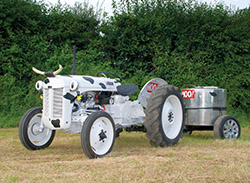 Continuing with our impromptu series of unique Ferguson 20s, this month we look at a TVO built up from spare pieces of other tractors that’s been given a makeover to take part in a charity fancy-dress road run. Conceived as an inexpensive, basic form of transport, why is it that enthusiasts of the Honda Cub pour so much time and money into rebuilding them back to new condition? Well, in the case of Eddie Madigan’s 1986 C90, its restoration was driven by fond memories of his father. 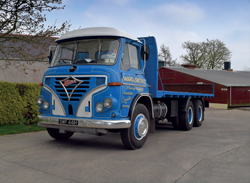 As the old saying goes, ‘when one door closes another one opens’- that is what is sometimes said when an opportunity arises as a consequence of something ending. As a twist to this, it was more of a need arising for transportation of vintage tractors that led to the acquisition of this Foden lorry by Arnold Charters.