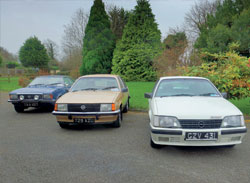 Large Opels are often underestimated, and many have found their way to premature ends in the hands of breakers. Father and son team Eddie and Edward J Connally have long recognised the merits of these now-uncommon cars. 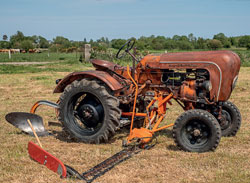 Mention an Allgaier A-111 tractor to many people and you’ll be greeted with a blank look, but the all-important Porsche System badge on the nose will begin to fi ll in the pieces for most. This 1956 example is one of the last of its kind built, and has survived to today in impressively original condition. 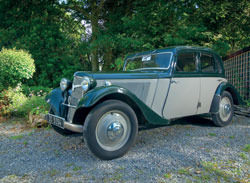 Low slung and front-wheel-drive, the little Adler Trumpf Junior was a very diff erent animal to the more traditional small cars of the time like the Ford Model Y and Austin Seven. You don’t see many about nowadays as the Adler company ceased producing cars after WW2, but this 1936 example is a rare survivor of their Irish operations. 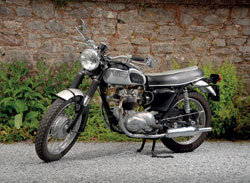 Only those with very complete collections of Irish Vintage Scene will recognise this Triumph T100P, as it featured way back in issue 5 in October of 2006. Shortly after that article it was torn apart for restoration, which was only completed a couple of years ago. This month, we drop back in to see it in its revised form. 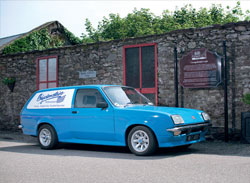 We’ve often said it, but the Bedford Chevanne is living proof that light commercials survive in far lower numbers than their saloon brethren, with less than twenty believed to survive in their native UK, and this beauty may be the only one in the Republic.