Gracing the cover of the July 2021 issue of Irish Vintage Scene is a shining example of one of the most luxurious and desirable saloons of its era – this V8-powered Rover P5B was a dream classic for its owner, after he was driven to work in a new one back in his apprentice days. Our second car feature this month sees us drop in on Ireland’s newest Morgan dealership to see what’s changed in these timeless roadsters over the years, with the newest Plus 4 hosting plenty of new advances under its familiar skin.

Our tractor feature this month showcases a fine collection of Nuffields in Co. Laois, including one 4/60 that’s been in the same ownership since the sixties and remains in unrestored condition. Our motorcycle slot goes to a unique 1962 Ariel Leader that’s been the subject of an unusual engine transplant in its past, while our commercial feature tells the story of one family’s quest to restore a classic ERF LV truck, after their long association with this famous marque.

All of the usual favourites are in there too, so don’t miss out – pre-order your July 2021 issue of Irish Vintage Scene right here and receive it before it’s in the shops, with FREE POSTAGE on the island of Ireland! 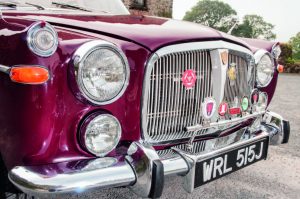 Billy Reilly can remember the exact moment when he realised that the Rover P5B was a very special car. A few decades may have passed since that memorable day but it’s still a special motor for him, as his beautifully-restored example attests. 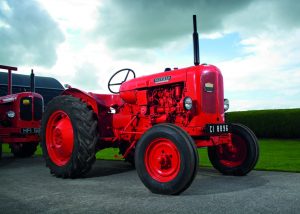 Better known for his passion for collecting Lanz tractors, several of which have appeared in this magazine in the past, Co. Laois’ Jim Kelly also harbours a deep-seated respect for the Nuffield models and their later Leyland brethren. This month we take a look at his line-up of Universals, which at the time of photographing was about to be joined by a later 3/45 from the late 1960s. 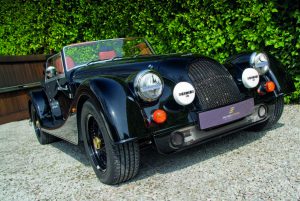 In a world of injection-moulded, 3D-printed, CNC-machined mass production, the products of the Morgan Motor Company stand out as a link to the olden days of car manufacture. However, the new iterations of the Plus Four meld their classic architecture with a modern drive-train for scorching performance and a truly special driving experience, as we find out at a visit to Ireland’s new Morgan dealer to compare the new and the old.

Leader of the Pack 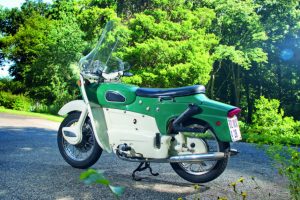 Over its seven decades of existence the Ariel motorcycle concern produced some of the most distinctive bikes of all of the classic British manufacturers. The Leader launched in 1958 was certainly one that stuck in the memory, a brave design that was perhaps ahead of its time, and which failed to save the by-then ailing company. The example you see here has a unique spec, with some clever modifications in its backstory. 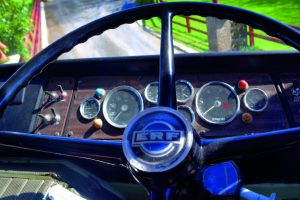 When father and son Gordon and Arnold Bell set out to source an ERF LV to restore, little did they know that they’d find their prize buried in the foliage, having not turned a wheel in many years. Nonetheless they stuck with the project, and now have a classic lorry to be proud of.