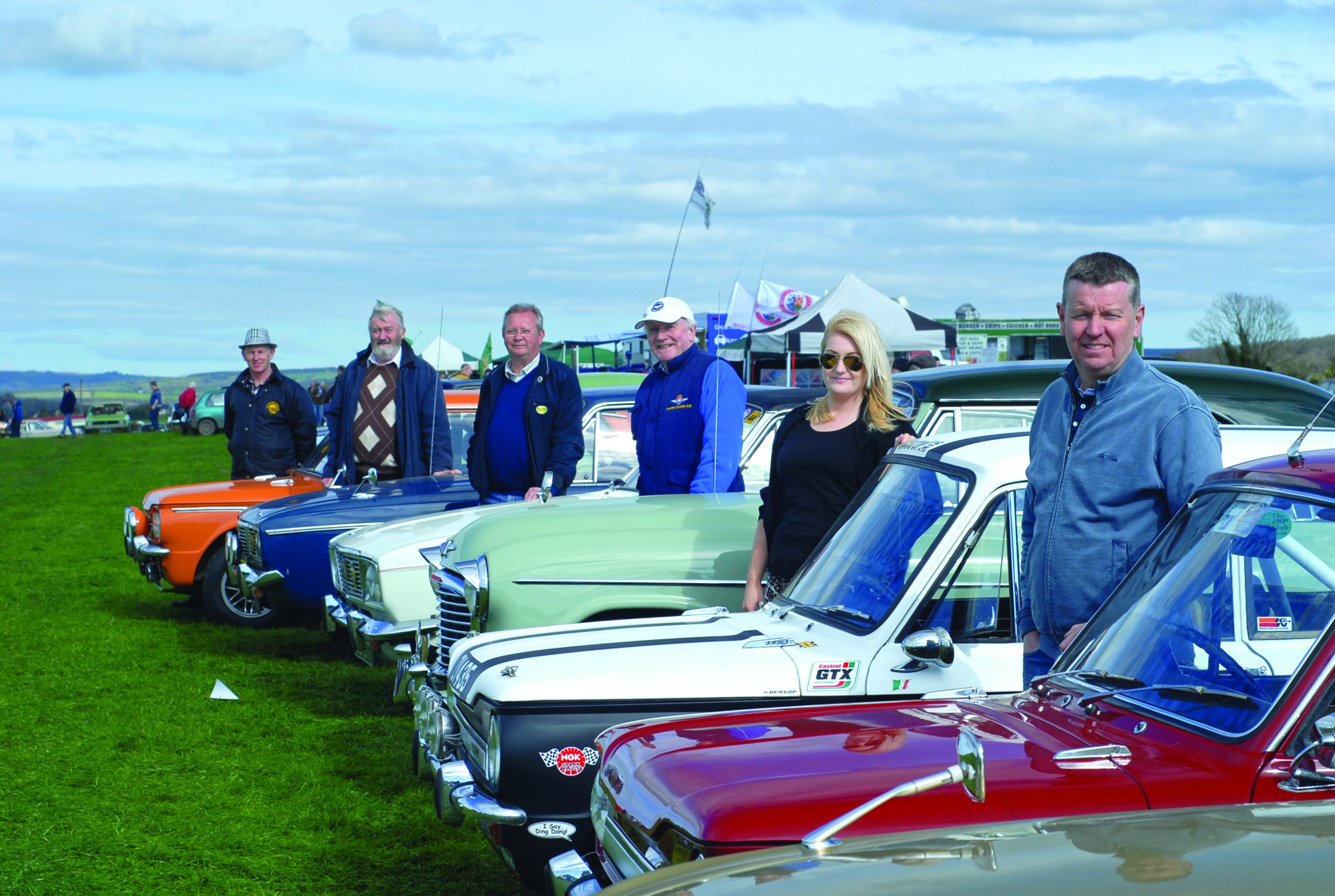 Oh boy, do I miss the Durrow Vintage Show. For thirteen years the third or so weekend in April saw the Durrow show take place, attracting huge turnouts to this season opener. Originally started by Seamus Ryan back in 1979, the event ran for a few years and slipped away until Seamus’ son,Austin Ryan brought it back to life in the grounds of Durrow Castle in 2003. I think my first trip was in 2005, but in 2006 I drove my Mk1 Escort 1300 to the show from Oranmore in convoy with Gerry Barrett in his Fiat 850, and that was the start – from there I don’t think I missed a year. The success of the show was such that it soon outgrew the grounds of Durrow Castle and moved to a field just on the Cork side of Durrow, and with the move came a long-standing sponsorship agreement with ourselves at Irish Vintage Scene. To this day I am still proud to have been involved in this great show, which over the years would give so many people great pleasure. It really was one of the best in its heyday, and right up to the final year in 2015 it was the one show that everyone looked forward to, to kick the show season off. Now it’s just a memory. Many still talk about the great days in Durrow, and just as a reminder, here is a report we published in 2015 on what would be the final show.

While there are a number of vintage and classic events that take place around the country in March and early April, the annual Durrow Vintage Show in late April is recognised as a true indicator that the year’s show season has officially started. This year’s took place on Sunday the 19th in dry, if rather windy and chilly, conditions, and as I struck off for Co. Laois from Cork at 7am that morning I had a good feeling that this could be another big one for the Durrow Vintage Club. Sure enough, I had literally just rolled into the venue before 9am when the impressive attendance that was in store began to become apparent. I’d never seen the queuing begin so early, and by noon the venue was absolutely heaving with all manner of vintage, classic and retro cars, tractors, steam engines, motorcycles, commercial vehicles and stationary engines. The attendance was certainly going to be up there with the 1,200+ exhibits of recent years, or even more. 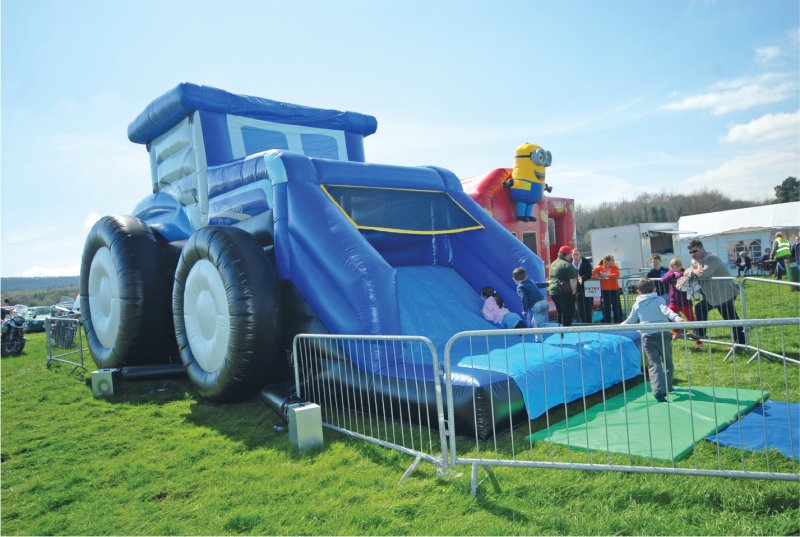 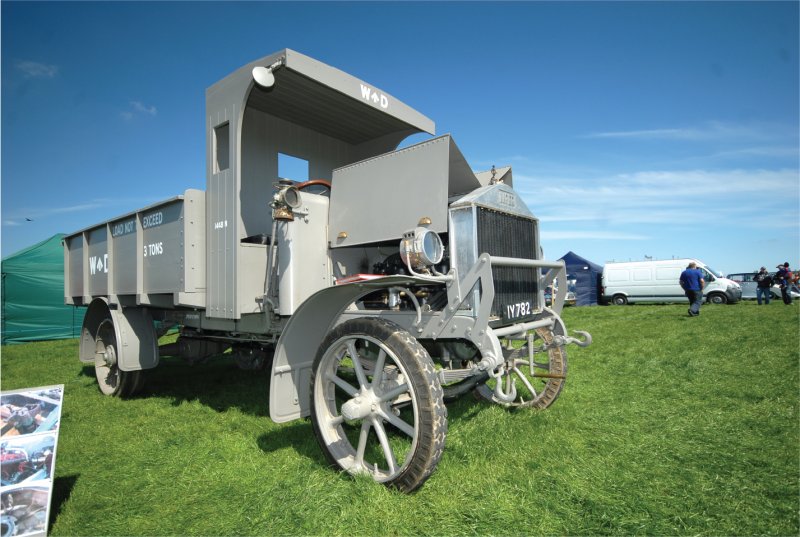 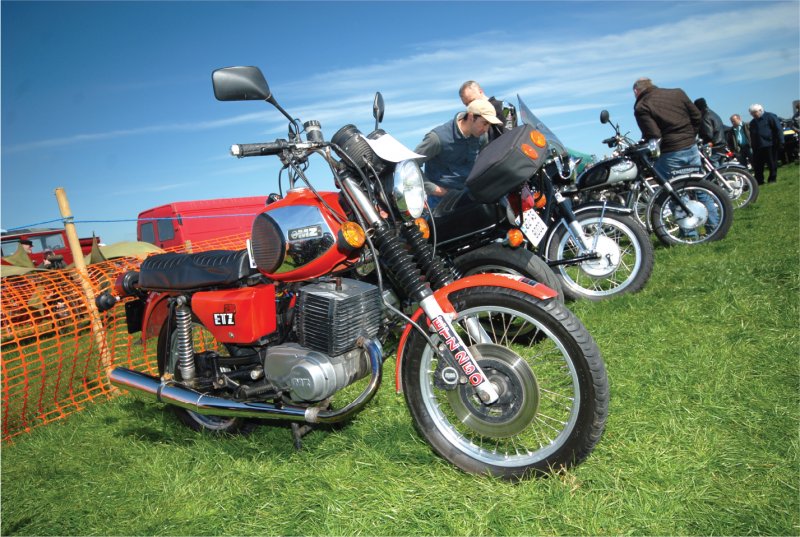 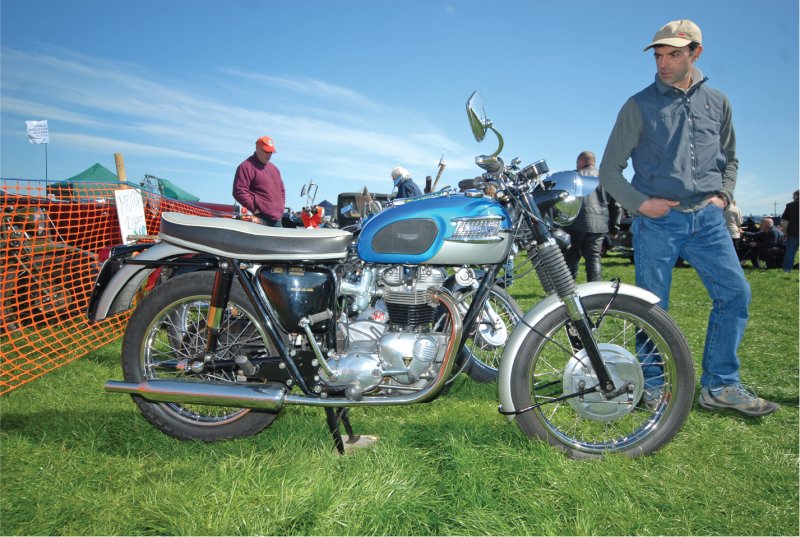 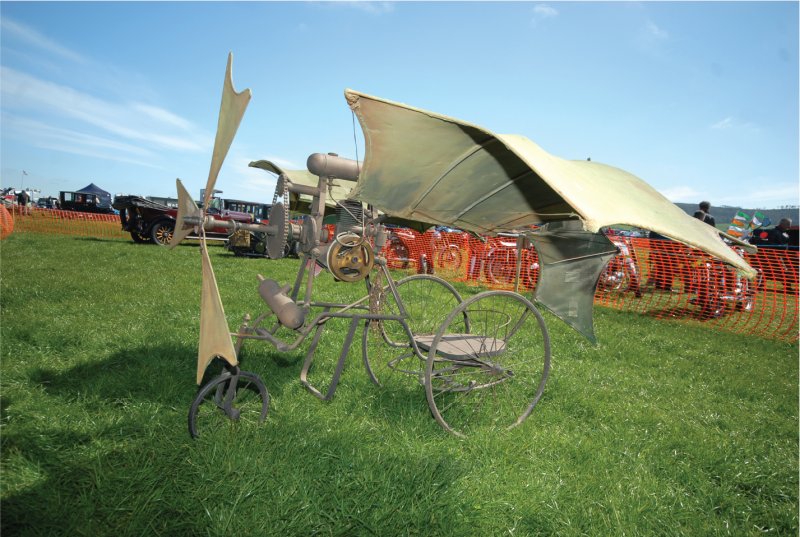 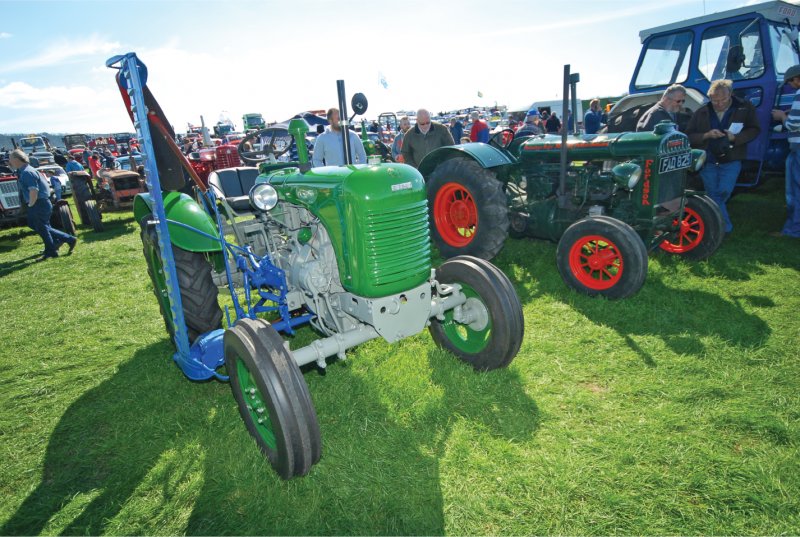 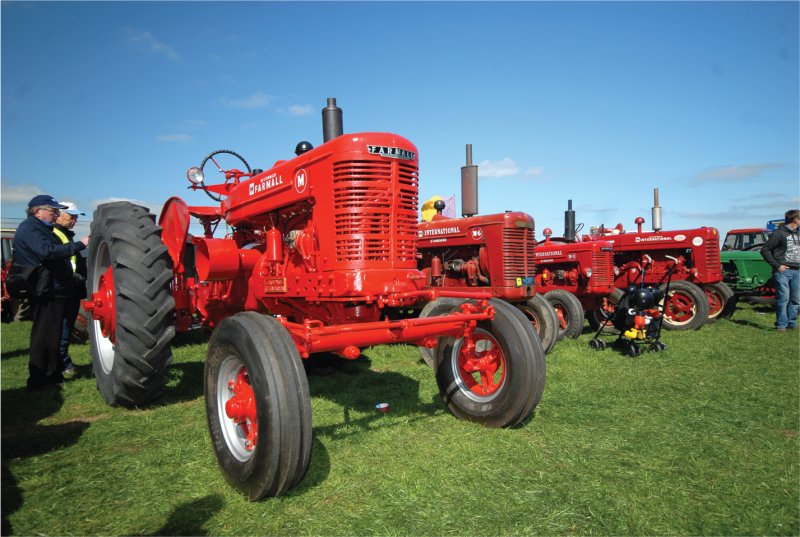 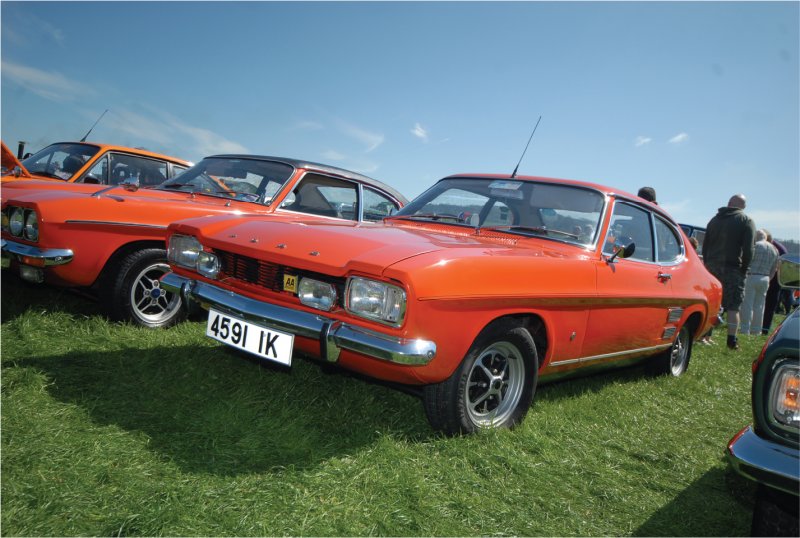 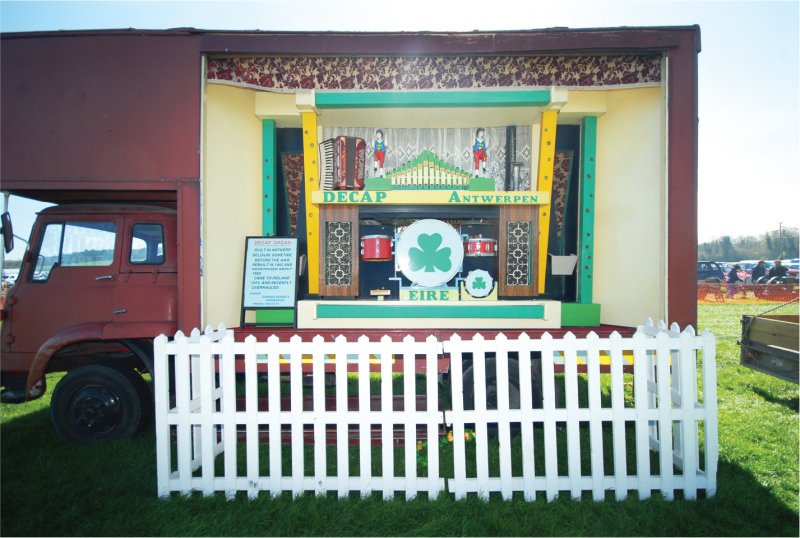 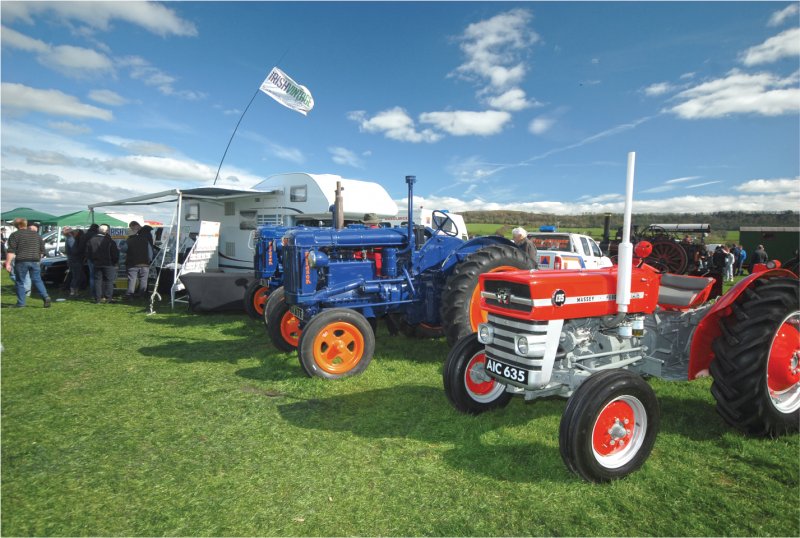 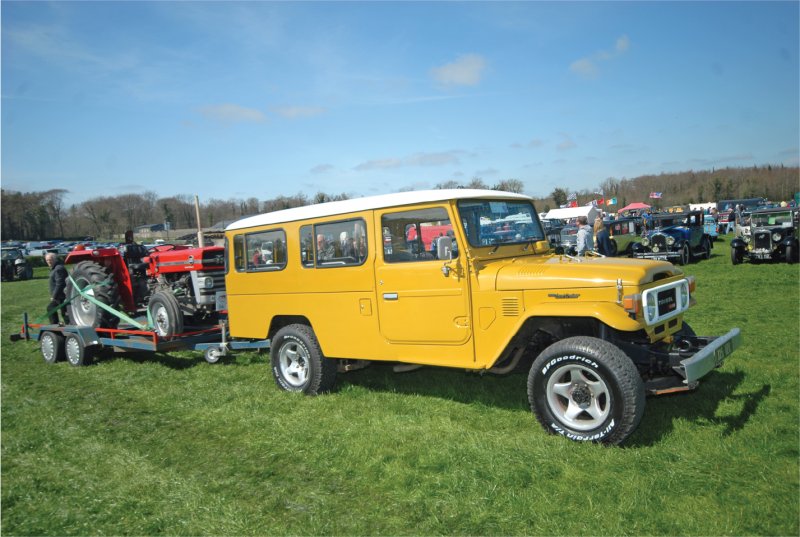 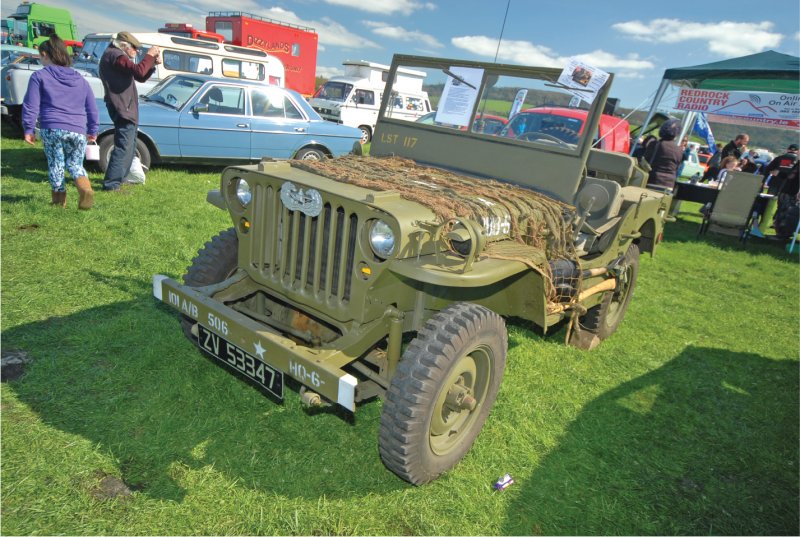 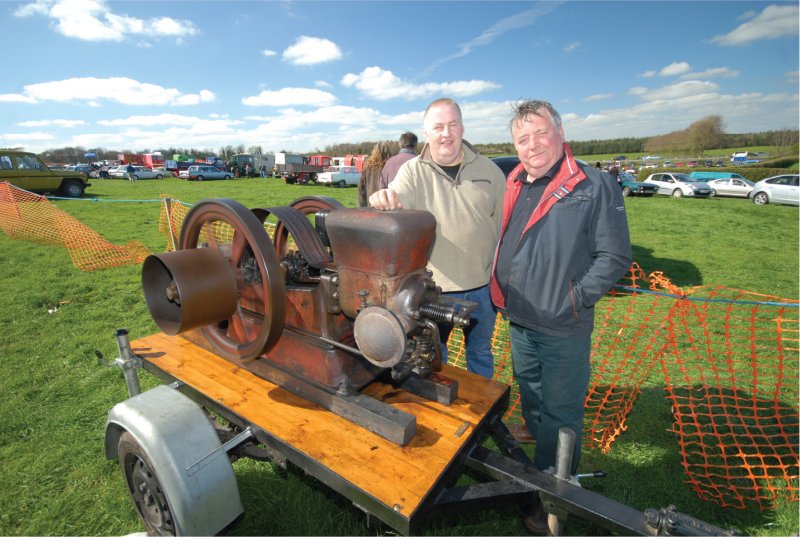 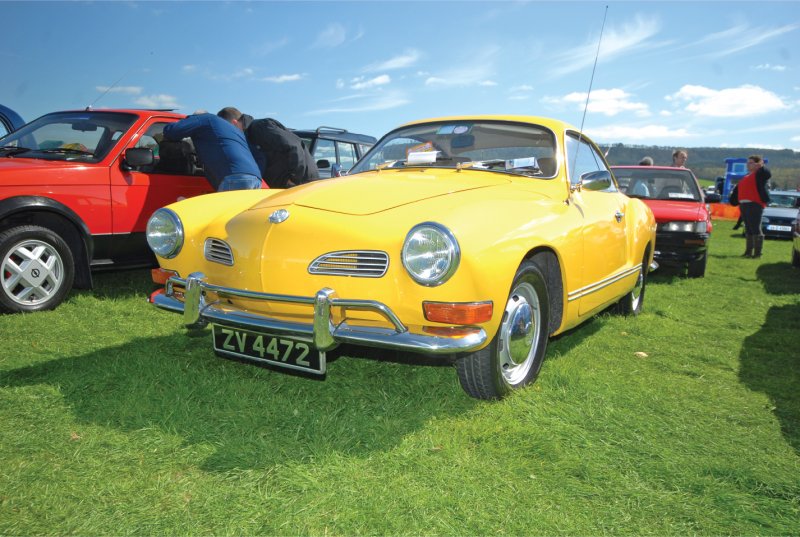 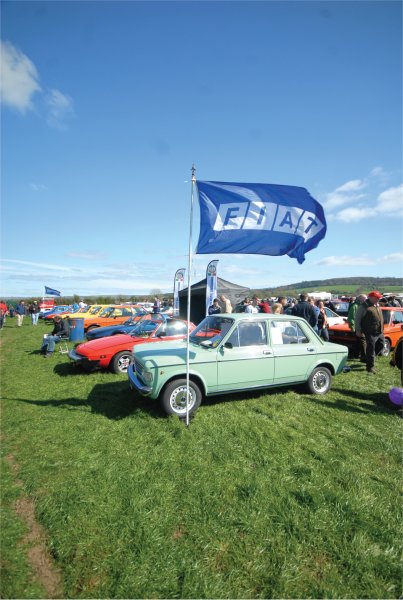 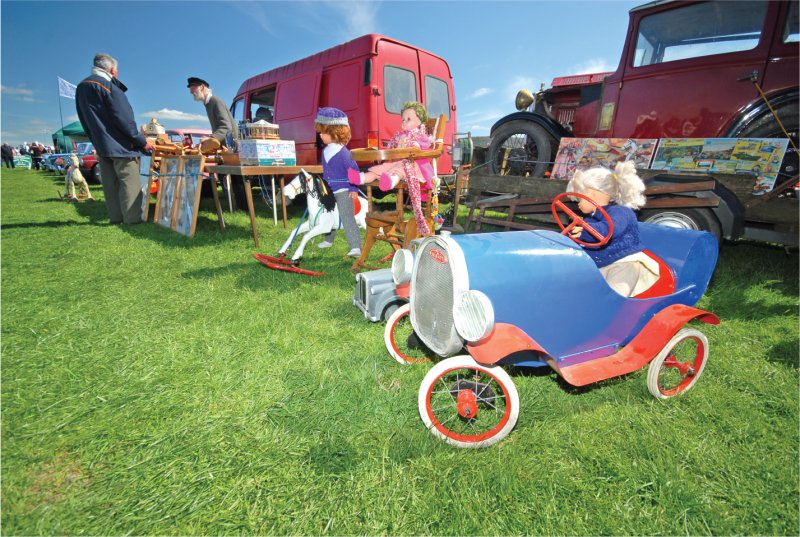 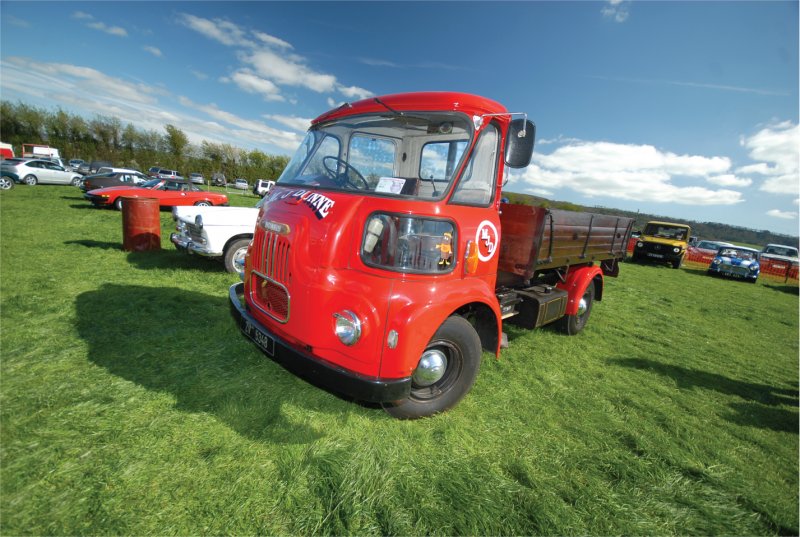 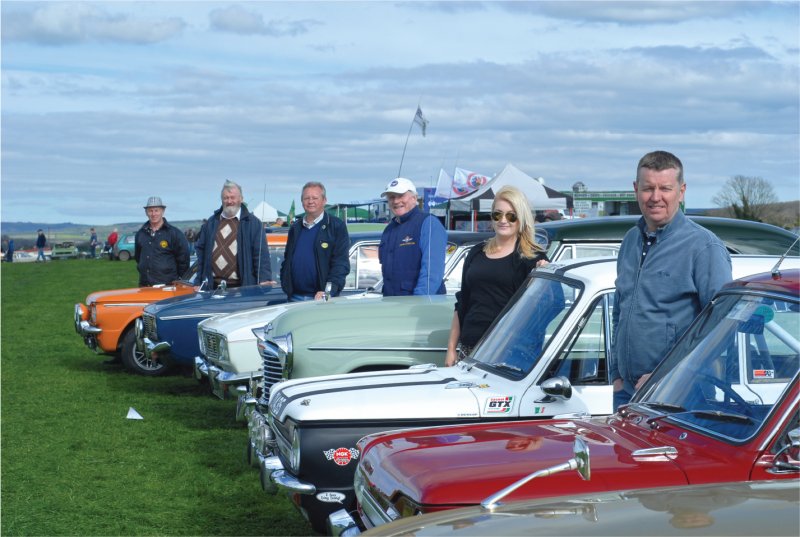 A huge talking point of this year’s event was the autojumble. This has long been a very popular aspect of the show, but this year’s just took the biscuit, with a massively increased number of stalls. What’s more, the content was all really good stuff, comprised of car and vehicle parts, antiques, automobilia, books and lots more of genuine interest to the enthusiast. Indeed, myself and Tom Heavey’s “quick run around the autojumble” early in the day turned into over an hour’s worth of rummaging, with Tom coming out with such random titbits as a model garage and a display cabinet, and I was seen early on trudging up the field with some Ford Model Y wheels under my arms. In fact, we could have spent all day down there, and had to tear ourselves away as noon approached and duty called.

As one of the first big events of the year Durrow is always a great place to re-establish contact with friends and acquaintances involved in the hobby, and never was this more evident than this year. The bright weather and big turnout had everyone in buoyant form, and everywhere you looked there were people shaking hands, laughing and sharing flasks of tea. Club participation too was as strong as always, with displays from many including Classic Fiat Ireland, Capri Club Ireland, Rootes Group Owners Club, Ballinakill Vintage & Classic Owners Club, to name but a few. The Rootes Group Owners Club put on a particularly interesting display from an Irish Vintage Scene point of view, as this contained a line-up of six former feature vehicles spanning seven years, from John Sheppard’s Hillman Imp from our June 2007 cover to James Allen’s Hillman Californian from our April 2014 issue.

The turnout of steam engines was impressive this year, and seems to increase with each passing show; these titans of a bygone age are always a very popular display with the public, particularly youngsters who’ve never come across such a thing before and simply stare up at them in awe. Another special display from the day was the line-up of McCormick/International tractors and implements, which contained some real gems including a particularly nice Farmall M and a very well restored Cub. And, not to be beaten, our own display on the Irish Vintage Scene stand proved very popular as it showcased all of the cars and tractors from our May issue, which was for sale hot off the presses on the day. In fact, our cover car from that issue, Joe Conroy’s immaculate black Ford Escort RS2000, drove away with the attractive crystal trophy for ‘Best in Show’, much to Joe’s delight. All of our display vehicles got a lot of attention though, and we’d like to thank Joe, Ken, Pat and Brian for putting them on show for us.

As is usual at Durrow, even though most of the crowd had left by around 5pm there was still plenty of chat to be had by those hanging around until the last minute, However, eventually our stand was packed away and the camper was ready to roll out. As my Passat headed for Cork with a full camera and a boot full of autojumble bits I had to admit that the 13th Durrow Vintage Show was one of the very best yet. And that’s saying something. 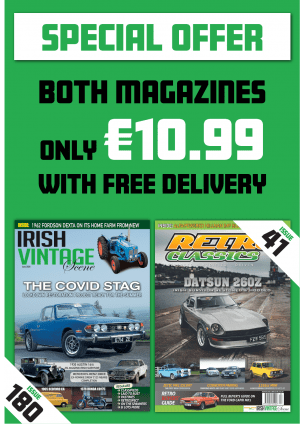