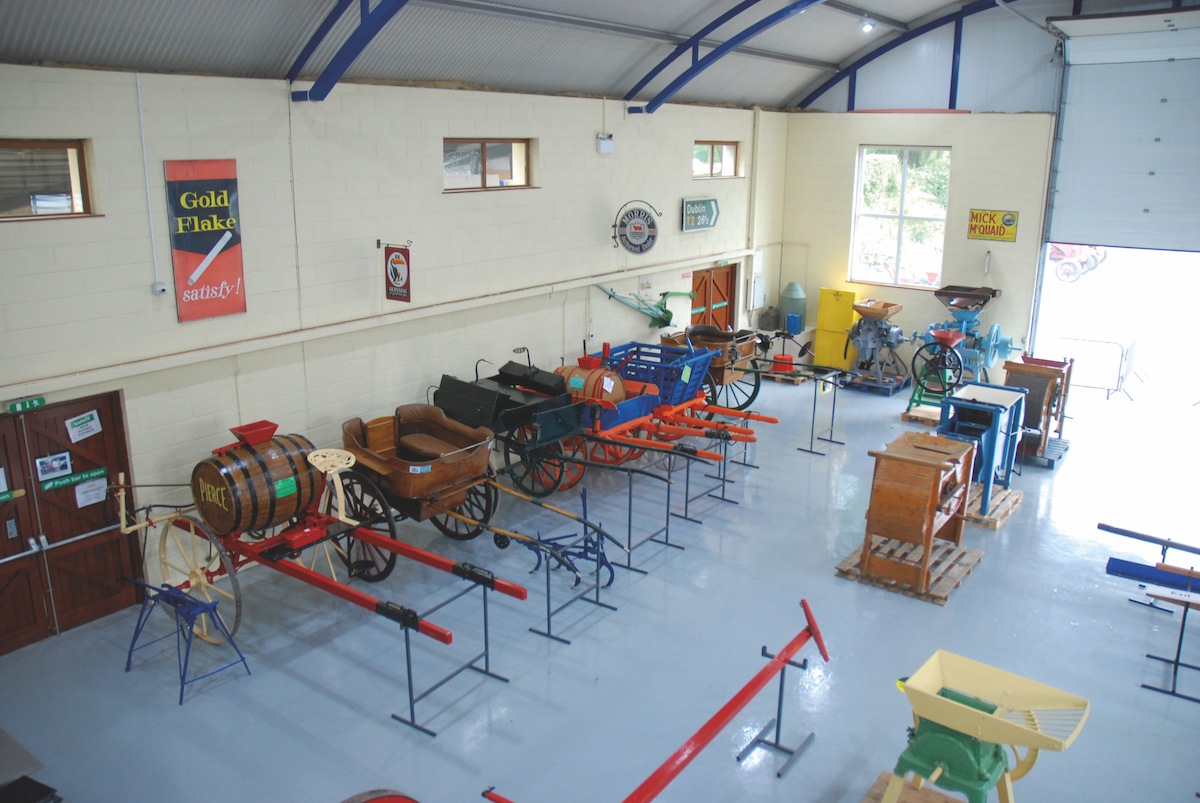 The second weekend in August would normally see enthusiasts flock to the picturesque town of Moynalty in Co. Meath for the annual steam rally, which is now without doubt one of the top shows in Ireland and another sadly missed from the calendar this year. But, 2022 is already a date on their website, so like us all, they are just awaiting the green light. One part of the Moynalty Steam Threshing that can often go unnoticed is their amazing on-site museum, and recently the committee held an open day to showcase this fantastic attraction and I was delighted to be able to attend.

Since I was last at the Moynalty show in 2018 the committee have added quite a bit to the museum, as well as doing a lot of work on the grounds including tarmac on a large area around the museum itself. This is located in a large building that also includes an office, meeting and tea rooms, and bathrooms. Spread over two floors, access is very easy with lots of space between exhibits, and there is a lift to the first floor if required.

On the open day, outside the entrance to the museum there were a few tractors parked on display that are normally part of the exhibition. In all its glory in the middle of the yard was the Ransomes, Sims & Jeffries stationary steam engine that the museum bought last year, and I have to say they have it looking splendid and it was running like a watch. Other outdoor exhibits on the day included a dairy display, some rather unusual and very large tilly lamps and Ivan Mullins’ well-thought-out old shop display. Not to forget some stationary engines, an excellent display of oil cans, and Patsy Connolly’s road wagons, where the tea was on.

Indoors, the exhibition covers everything from early farming machinery to household items. There’s a recreation of a shoemaker’s shop, and even a printer’s workshop. Everywhere you look there’s another item of interest; every space has been utilised, and old signs and pictures cover the walls. In the stairway from ground to first floor there are so many fascinating photos of the show in its early days, as well as of the founding committee, many of whom are no longer with us.

The idea behind the open day was to underline that there’s more to Moynalty than just the show day – the museum is an ideal location for club day trips or road runs to stop in or start from. While many think the museum’s only open the day of the show, it is available to be open by appointment, so clubs looking to have a day trip or a stop on a run really should consider a visit to the Moynalty museum. Chairman, Peter Gaynor tells me that they will also put the kettle on if visitors would like some refreshments as part of their visit. Over the last number of years at the threshing I have only had time for a quick look around the museum on show day, but this was my first time to slow down and enjoy the exhibits and I have to say well done to all involved; the museum was looking splendid on the day, and is a highly recommended place to visit.

For further information on the Moynalty Steam Threshing Museum, see www.moynaltysteamthreshing.ie or call Betty at their office on 046 9244810.