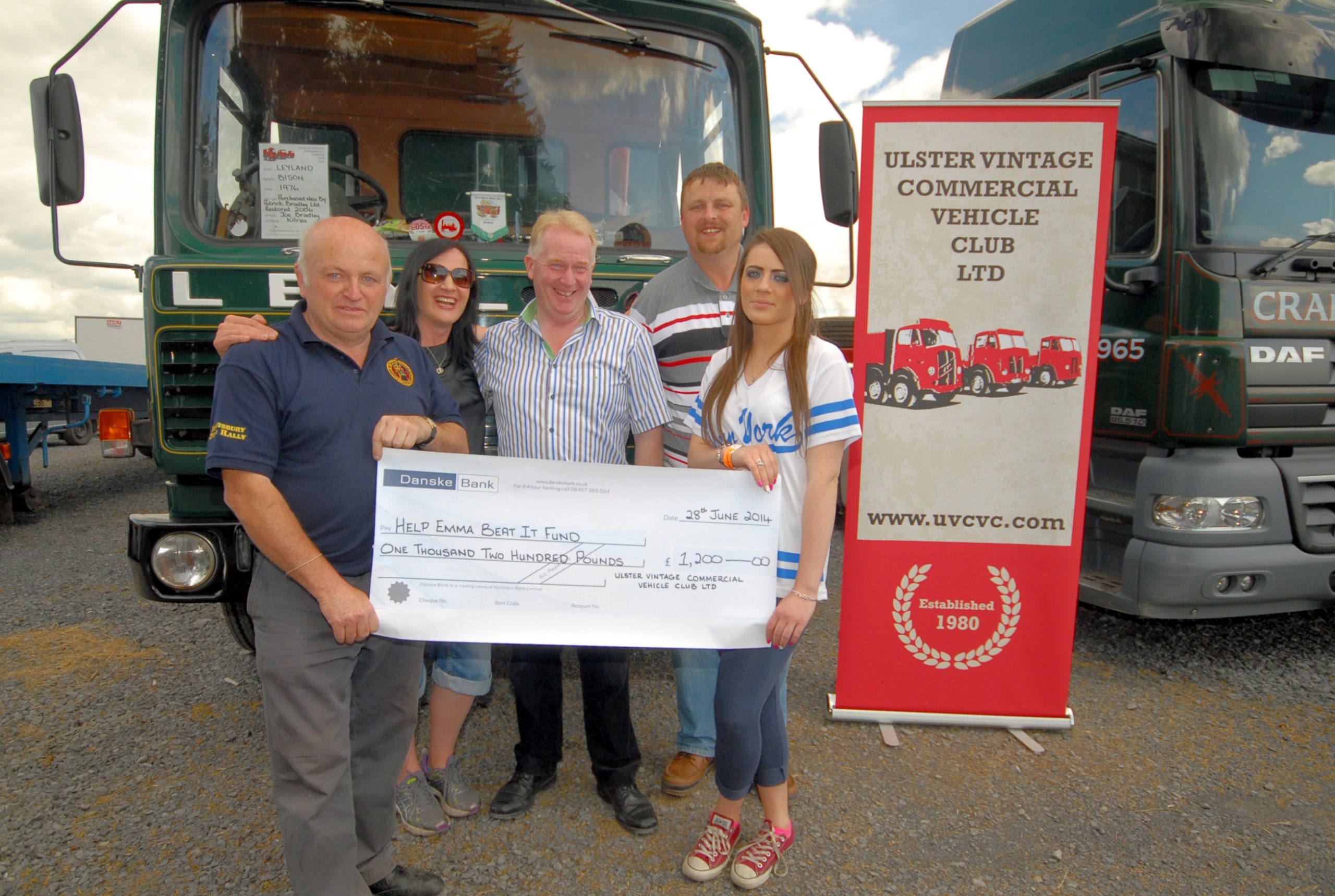 I’m not often stuck for something to say, or write, but how do you start to sum up an event like this? For those who mightn’t know, the ‘Ireland Heads West for Emma’ Classic & Vintage Show was held in Galway Racecourse in Ballybrit, Co. Galway on the 28th and 29th of June as a fundraiser for Emma Naughton Heavey. Daughter of Tom Heavey, founder and managing editor of this magazine, Emma is battling a very rare form of cancer and, following a number of major surgeries in the last eighteen months, she has to travel to New York at great expense every twelve weeks or so for assessment for the next couple of years. The plucky teen has been doing fantastically well since the start of the year, with a number of clear and positive reports from the doctors under her belt so far, and to say she’s an inspiration to all of us is an understatement.

Ever since the news broke of Emma’s situation in early 2012 Tom and the Naughton Heavey family have been beset with offers of support and assistance from all corners, and particularly from the vintage and classic fraternity. Everyone wanted a chance to pitch in, and a vintage show was suggested as a way of allowing everyone to get involved. Since as early as last November Tom and his fantastic committee had been working on the show in Ballybrit, and as anyone who knows Tom will realise, he doesn’t really do things by halves; if he was going to put on a show, it was going to be a serious show, and thankfully on the 28th and 29th of June the cogs fell into place. The sun shone, the crowds came, and a vintage event of epic proportions was celebrated in style. 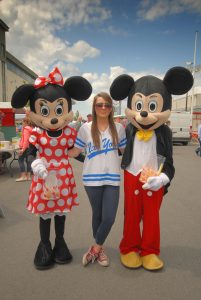 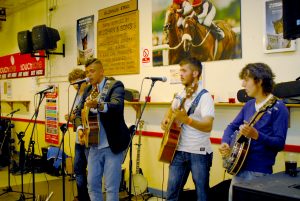 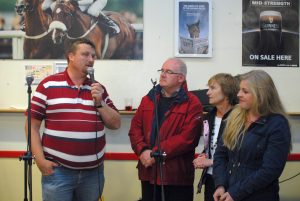 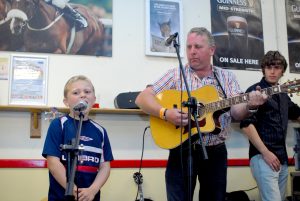 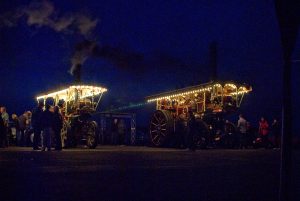 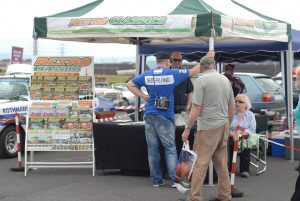 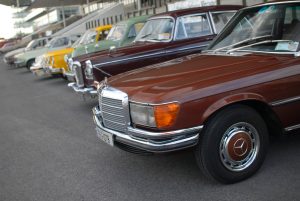 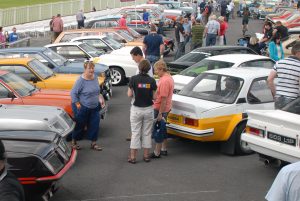 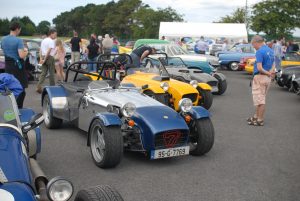 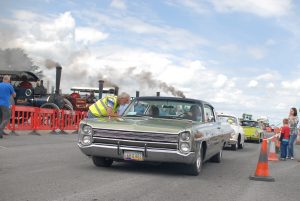 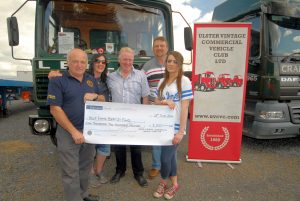 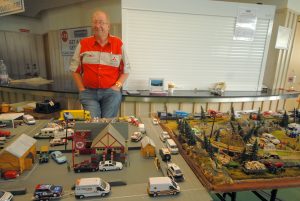 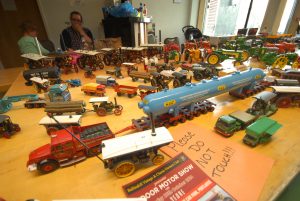 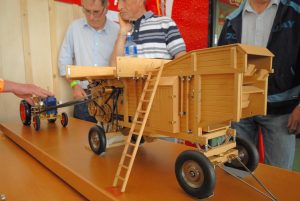 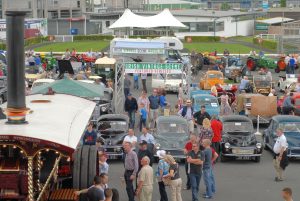 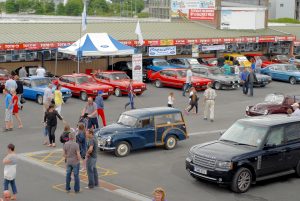 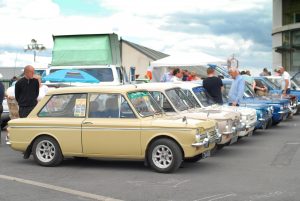 Proceedings kicked off on Saturday the 28th, which perhaps wasn’t a full-blown show day but more of a setup day to allow those travelling from all over the country to get their vehicles in position and their accommodation sorted out before the main event the next day. From early morning there was hustle and bustle around the venue with club stands being erected, signs and bollards being put in place and enthusiasts meeting up for a chat. Indeed, even though it didn’t make a dent in the massive capacity of Ballybrit Racecourse the attendance on the Saturday was probably as big as a good-sized vintage rally on its own, and things were boding well for Sunday. From six or seven onwards the amount of work being done decreased visibly as people began to relax for the evening, and when the onsite bar opened and the music began to trickle out that really was the end of it! With showman’s steam engines lined up outside the doors, and with The Kings of Connaught pumping out the tunes inside, the atmosphere was just fantastic. Things hotted up even more when the band were joined by guests such as steam coordinator Peter Wrafter and actor Aaron Heffernan of Love/Hate fame, who was presenting a DVD being made at the event by Jack Epstein Productions. During the evening a special gift presentation was made to Emma by Ruth Rochford on behalf of the Irish Steam Engine Owners Association which she found very touching indeed, and despite the rigorous work involved in the preceding weeks, Tom, Pauline and family found it impossible not to get into the spirit of the occasion and danced the night away before being seen retreating to their accommodation in the small hours, all set for the following morning!

The next day dawned warm and sunny, and any worries on the part of the organisers were soon banished as it quickly became apparent that the event was going to be a gigantic success. It certainly looked as if the event lived up to its title exactly, as not only was every corner of the massive Ballybrit Racecourse complex full with steam engines, vintage and classic cars, tractors, trucks and more, but there were solid traffic queues too as the public arrived in their droves. Thanks to the smooth organising there was no blockage or slowdown inside the venue; it was simply down to the sheer volume of daytrippers arriving, and a second car-park had to be quickly opened when the huge main car park became full in the early afternoon. Highlights would be hard to pick out in such a massive event, as I don’t even think I got to see the whole thing myself, but the pervading atmosphere of positivity and enthusiasm was my favourite part; literally everyone I met was smiling and saying how fantastic the event was. The special display of ex-Irish Vintage Scene display vehicles was a great success too, attracting over fifty in all ranging in size from the Volvo F88 trucks of Brian Kelly and Tom Fitzgerald to the half-sized Model T pickup of Noel Kavanagh. The Irish Vintage Scene Tractor-Build Challenge was in full swing near the main entrance, as was the model show inside the grandstand building (see a full report in an upcoming issue). Shane Houlihan’s incredibly rare and valuable Frazer Nash Sebring attracted much attention too, as did a period Corrigan Transport Ford car transporter loaded with classic cars. And, undoubtedly one of the other stars of the weekend was Mike Dreelan’s astounding ‘Dolphin’ Burrell showmans’ road locomotive, which really has to be examined to be believed.

It’s safe to say that we could fill the magazine with photos and memories from this landmark event. I’ll let Emma have the last word in his following paragraph here, but from a personal point of view I’d just like to thank all of the clubs and vehicle owners that went to great effort to bring their machines along and put on an unrivalled show, the hard-working members of the show committee who I know Tom was very reliant upon and appreciative of, the event’s sponsors and financial supporters, the many helpers and stewards who gave up their time, and the great many that turned out in any capacity to support the event and the worthy cause it represented. Everyone was delighted to see Emma out and about all weekend, and I’m sure it was something that she’s not going to forget in a hurry. And, as if the show weekend wasn’t big enough for Emma, she celebrated her eighteenth birthday the day after the show, so I don’t think the Naughton Heavey household has yet returned to normal! Well done everyone; I’ll hand you over to the lady herself…