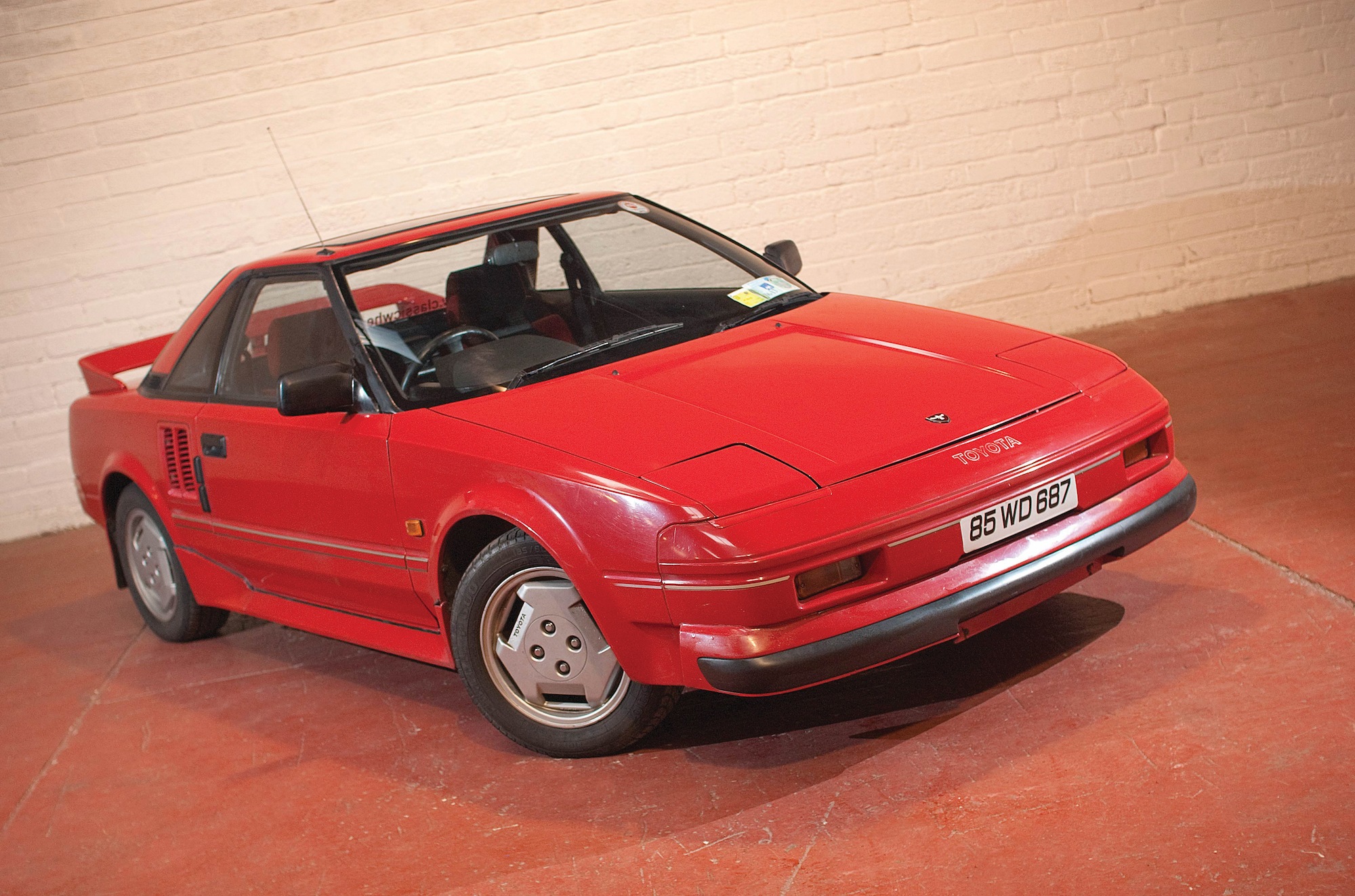 Fancy a blood-red mid-engined sports car with the ability to get your pulse racing, but lacking the dosh for a Ferrari? Toyota’s original MR2 is an absolute gem for the keen driver, but you need to find a good one to have the most fun.

This article ran in Issue 8 of Retro Classics Magazine in 2012; all information was correct at time of going to press.

Amazingly enough, the Toyota MR2 was Japan’s first ever mid-engined production car. Launched in 1984 this was lightweight, high-tech sports-car technology at its very best, with a small but powerful sixteen-valve DOHC engine with fuel injection (we’re going to ignore the 1500S base-model here as it never sold outside of Japan), a racy but user-friendly interior with lots of toys like electric windows and mirrors, and a futuristic exterior with a wedge nose and pop-up headlamps. Although to the uninitiated they might all look the same there were a number of subtle updates to the Mk1 during its five-year life including changes to the exterior trim, dash and suspension, plus the introduction of the T-Bar option with its removable glass roof panels. A supercharged version was also made available, but again this was never officially sold in Europe. While Fiat’s X1/9, Lancia’s Montecarlo, Porsche’s 914/4 and Pontiac’s Fiero had all put mid-engined handling within the grasp of the sub-supercar buyer each of those cars had their own quirks and foibles, whereas the Toyota managed to tick all of the boxes; it was well-built, reliable and surprisingly practical while also packing real performance, awesome dry-weather handling and very thoughtful engineering throughout. Road testers of the day raved about the MR2, and continued to do so up until the introduction of the completely redesigned Mk2 in 1989/1990. Today it’s a proper classic, and good one are in demand. 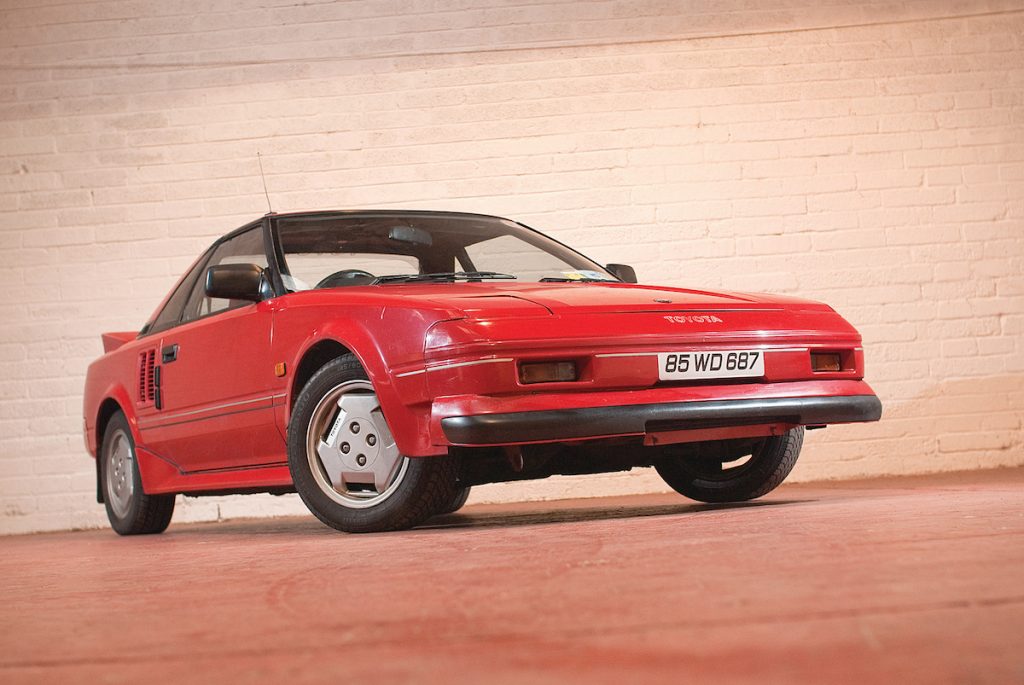 By 1984 Japanese car manufacturers had in the main acted upon their previously tarnished reputation for bodywork rust, and the MR2 is fairly rust-resistant for its time. However the youngest of these cars is still almost 25 years old, so some problem areas have come to light. The rear wheelarches are a well-known weak spot and should be the prospective buyer’s first port of call, followed quickly by the base of the B-pillars where they join the sills. The steelwork behind the front and rear bumpers is also susceptible to corrosion, as is the front of the roof above the windscreen. The bottoms of the front and rear boots (yes, there are two boots) can also rust due to water ingress. Other than those specific spots it’s a case of doing the usual overall checks for a car of this age such as the front arches, door-hinge points and floorpans. It goes without saying that cars like this are also prone to crash damage, so look out for signs of overspray, poorly-fitting panels (obvious as panel gaps from the factory were excellent), mismatching trim pieces and rippled flanks. 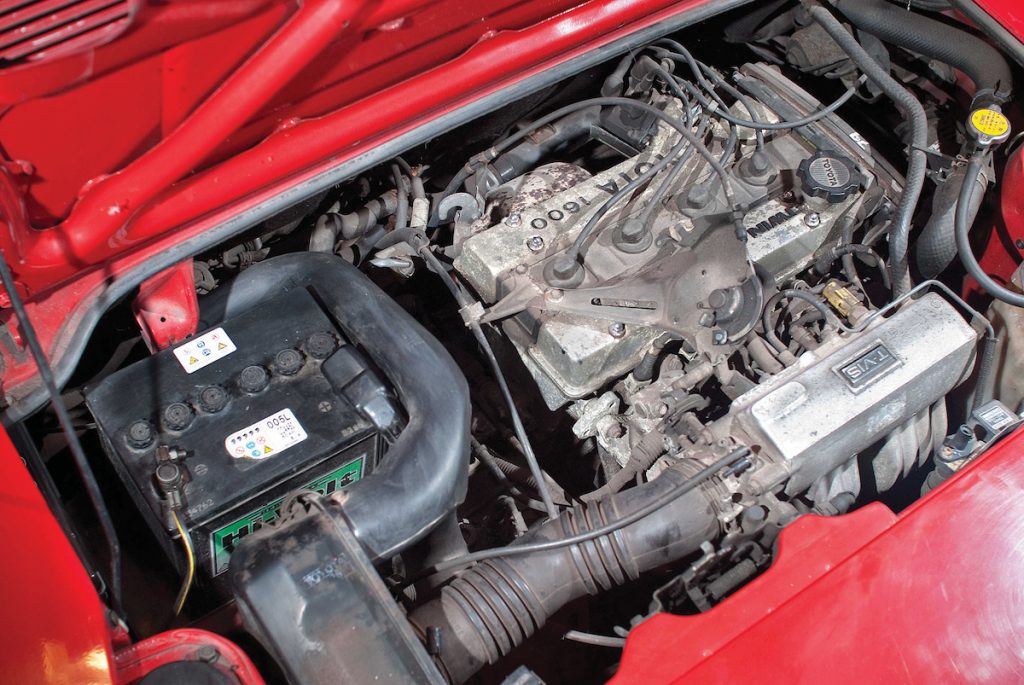 Releasing the vented panel behind the rear screen will reveal an engine that will be very familiar to most readers; the 4A-GE was fitted to a range of other sporting Toyotas including the venerable AE86 Corolla GT Coupe and the FWD Corolla GTi, and so it’s a known quantity. Pumping out 122bhp from its 1,587cc thanks to electronic fuel injection, double overhead cams and sixteen valves, the unit is renowned for its tough and willing nature but it does need to be respected. Its main issue in mid-mounted format is head-gasket failure due to overheating caused by airlocks in the cooling system; the MR2’s radiator is mounted at the front of the car, and the length and arrangement of the coolant pipes leading back to the engine mean that there is a special bleeding procedure, so watch out for creamy gunge in the rocker cover and excessive vapour from the exhaust and make sure the heater is blowing hot air. An erratic idle can also indicate an airlock as it prevents the coolant sensors from functioning correctly. Like most older Toyotas these can also burn a sup of oil when worn. The timing belt needs doing every 60,000 miles, but due to the surprising amount of room around the engine this can be done in situ. Alternators can fail due to the heat build-up in the engine bay, and mild-steel exhaust systems tend to disintegrate; new ones are pricey enough due to the unconventional mid-mounted layout, so many owners get a stainless system made up. 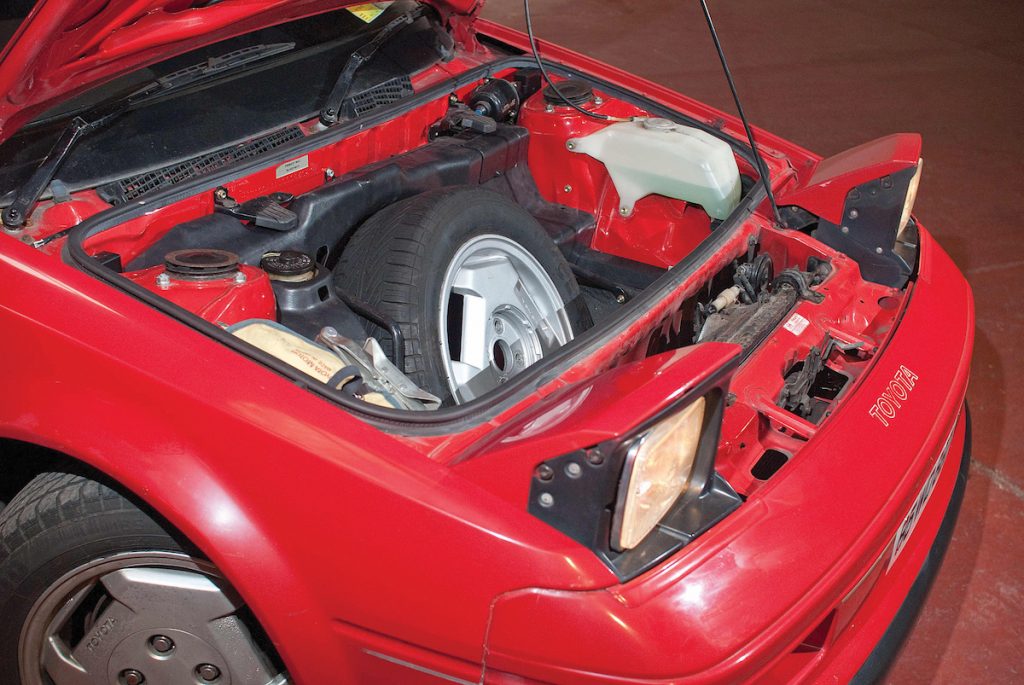 The transaxle is based on the FWD gearbox of the Corolla GTi of the same era, so again is pretty reliable unless abused. The gear linkage operates using twin cables and is slicker and more positive than most mid-engined cars, but due to their age the cables and their end joints should be inspected for wear. Worn gearboxes can be spotted by their tendency to pop out of fifth gear on abrupt throttle movements, although this problem can be fixed by fitting new shims; this can be done with the ‘box still in the car. A crunchy second gear also affects some cars, caused by a weakening of the synchromesh on that gear. This is a ‘box-out job to repair. The clutch operation should be checked as a matter of course, as should the condition of the driveshafts and their CV joints, although these are generally trouble-free.

The MR2 uses McPherson struts all round, with pretty conventional lower wishbones up front and a multilink arrangement at the rear. Despite the car’s excellent handling none of the suspension is particularly high-tech, and is easily maintained by the home mechanic. Rattles from the front end are usually caused by the drop-links for the anti-roll bar, but worn plastic bushes in the end of the steering rack can cause similar symptoms. Thanks to the car’s light weight the shocks and springs last well, but if they’re still the originals they would be well up for replacement at this stage. Good bushes and a decent tracking session will ensure that the car’s handling lives up to the hype. Early models can suffer from warped front discs (they were upgraded to a larger size across the range after October 1986 to solve the problem) so look out for shuddering up through the steering when slowing down. Rear calipers can also stick on occasionally-used cars. 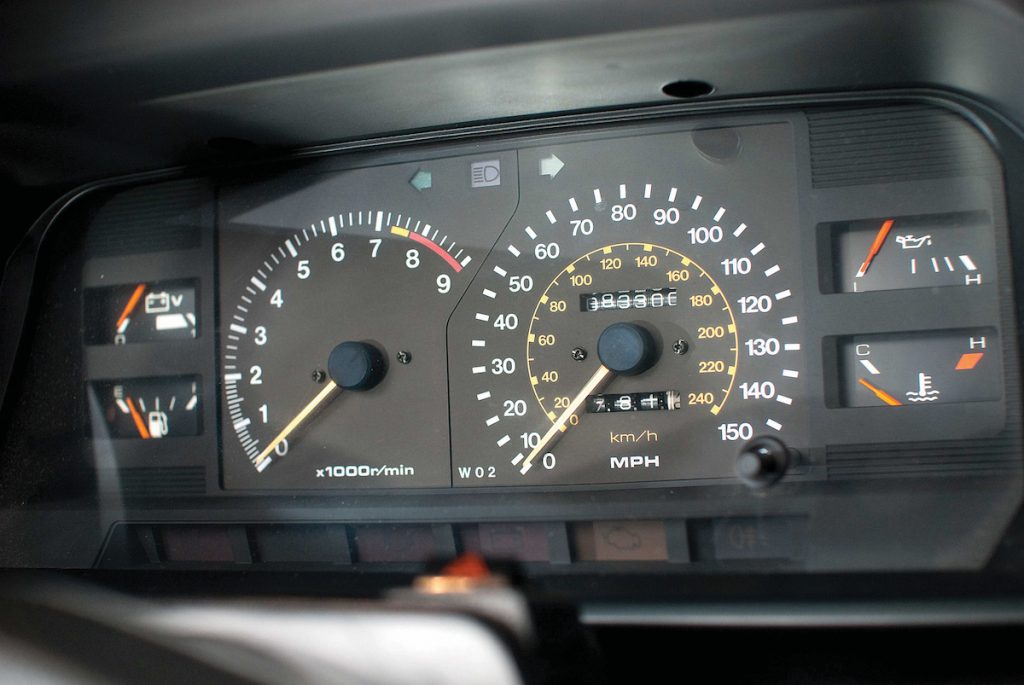 Depending on the model you’ll find either cloth or leather seats inside. While the latter were sought-after when new they tend to age badly and need a fair bit of care, whereas the cloth seems to retain its good looks far more easily. Whatever material is fitted, check the bolsters for wear and look for any sign of water damage, particularly on T-Bar models but also on the standard coupe, which had a lift-out sunroof panel. Likewise, check the carpets and the floor of both boots for trapped water, indicating perished weatherseals. The electrics and switchgear are typically Japanese in their reliability, but a plastic gear in the electric window regulators can break; Toyota only sell a (expensive) full regulator, but there are kits available for a DIY repair from specialists. If some of the heater fan speeds aren’t working then the resistor has blown, but it’s easily accessible under the glovebox. The presence of the original toolkit in the front boot would suggest that a car has been well cared-for during its life. In common with other older Toyotas the wiper linkage can also become slack and sloppy in operation, which can be an expensive item to replace.

In Southern Ireland the MR2 Drivers group run an active forum at www.mr2.ie, which is a good source of information and chat. There are all manner of owners’ clubs dotted all over the globe, with the International MR2 Owners Club (www.mr2.com) and the UK MR2 Owners Club (www.mr2oc.co.uk) being just two. A quick internet search will turn up American, Japanese and European clubs, so the world is literally your oyster.