Fresh as a Daisy 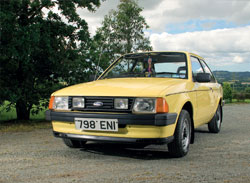 Usually when an old car reaches the hands of us restorers and collectors it’s been through the mill of many owners and years of degradation. But sometimes, just sometimes, it manages to make it through life unscathed in the hands of caring keepers, as in the case of Declan Dunne’s amazingly original Pastell Yellow 1980 Ford Escort.

…Leave it in the shed – so goes the saying. From its launch in 1964 to its eventual demise in the late seventies, the Massey Ferguson 135 has inspired generations of farmers and tractor enthusiasts. This beauty was only restored earlier this year, and the lack of events this summer means it has yet to be seen at a show. 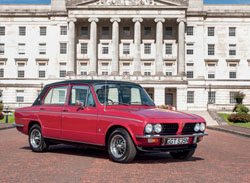 Imagine hearing the story of how your father won the Monte Carlo Rally, the most prestigious prize on the international rally scene. For most of us this would take a lot of imagination, but that’s how it was for Colin Johnston when he was a growing up in Northern Ireland. This stunning Triumph Dolomite Sprint now evokes the days spent with his father working at a British Leyland dealership. 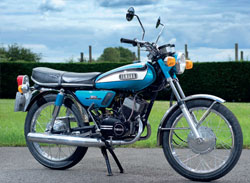 Bright candy paint, skinny tyres and a bumblebee exhaust note – this is the stuff of serious nostalgia for many bikers, who started off on the Japanese two-strokes of the seventies and early eighties. This Yamaha RD125 was bought for that very reason, and it’s been restored to catalogue-fresh to take to the roads again. 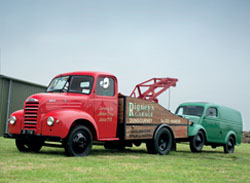 Before the advent of tablets and games consoles there was a time when every kid’s toybox contained not only a collection of toy cars, but a little tow-truck to rescue them when a miniature disaster struck. Coming face to face with Michael Rigney’s beautifully-restored Ford Thames recovery truck brought home those very same memories.